Octopath Traveler offers players the chance to create a party of four members out of eight unique characters, all with their own distinct skills, advantages, and disadvantages. Of those characters, however, one is arguably the best in the game. For the amount of versatility she can offer on and off the battlefield, that character is Tressa the Merchant.

Don’t believe us? Well, we have listed some of the biggest reasons why Tressa is guaranteed to be a vital member of your party and why you should seriously consider picking her up as soon as possible.

Being a Merchant, Tressa’s skills are all based on making and saving money either through battle or her special Path Action “Purchase.” She is the master of haggling.

“Collect,” which is a battle skill, gives Tressa the chance to collect money from a single foe in battle. In theory, you could go to lower-level monster areas of the map and constantly spawn creatures harvest huge amounts of gold while grinding XP.

As she levels up and gets more skills, she also learns the Support Skill “Grows on Trees” which increases the amount of money earned at the end of battle and from abilities.

Gold is hard to come by in the early stages of Octopath Traveller. Having Tressa as one of your starting characters can help you bag some attribute boosting armor and weapons out of the gates, giving you an edge with later boss fights.

She also has a late-game ability called “Bifelgan’s Bounty,” which not only deals heavy damage to single target in battle, but also gives you money equivalent to the damage dealt. This ability lets you rack up even more funds against some of the game’s toughest monsters. You’ll max out your bank account in no time.

Her “Path” ability also has a great use and makes general stores useless in the latter stages of the game. Why spend a colossal amount of money on a bunch of healing items when you can just talk to random NPC’s to buy better items for the same or even cheaper price?

She doesn’t need a healer

Most characters in Octopath Traveler require constant support to keep them alive in battle through the use of items or spells— but not Tressa.

Early on in-game, if you take the skill “Rest” Tressa becomes capable of looking after herself in battle. The move not only restores her HP and SP bar, but it also cures her of all status ailments that would otherwise cause her to be useless.

And the best part about all of this? The move is completely free to use. It costs no SP, giving you a reset whenever you need it.

“Rest” is an exclusive skill available to anyone who becomes a Merchant, meaning that any character can pick it up in the future if they take Merchant as their secondary job. But Tressa gets it from the start, which makes her a vital member of your team.

She’s a great support character for your entire team

Tressa has an abundance of damage dealing attacks that make her no slouch on the battlefield.

Her wind damage is something to be feared and she is the only characters in-game that can use a wind elemental attack. But where she really shines on the battlefield is as a supportive role by helping the team through a variety of her Merchant abilities.

“Donate BP” is a skill that grants one of your allies one extra BP. BP is usually gained when each turn passes and gives your character an extra attack, or an extra level of damage for spells during the same turn. If Tressa is fast, she can hand extra BP at the start of fights to a heavy damage dealing character, like Olberic.

She can also combine her money-making abilities with “Hired Help,” an ability that takes a portion of your total money away to summon a creature or character. This move, just like “Rest,” costs no SP, so you can easily chain “Collect” with “Hired Help” to constantly gain powerful allies. Leave it to the entrepreneur to game the system.

Lastly, her support skill “Endless Items,” which gives Tressa a 25 percent chance to use an item without it being consumed, and “Hang Tough,” which stops Tressa from dying to a fatal attack, all exist to keep her and the party alive. 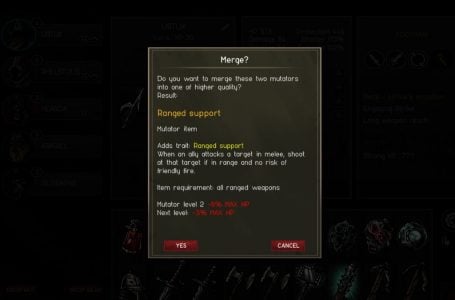 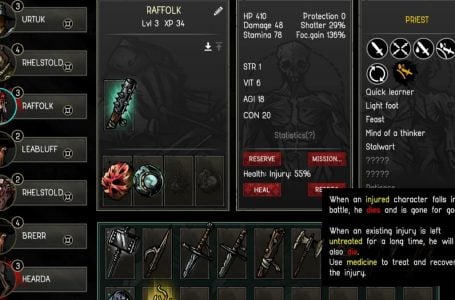 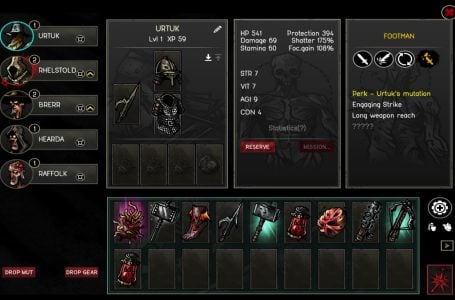 The best keybinds for Season 4 of Apex Legends on PC