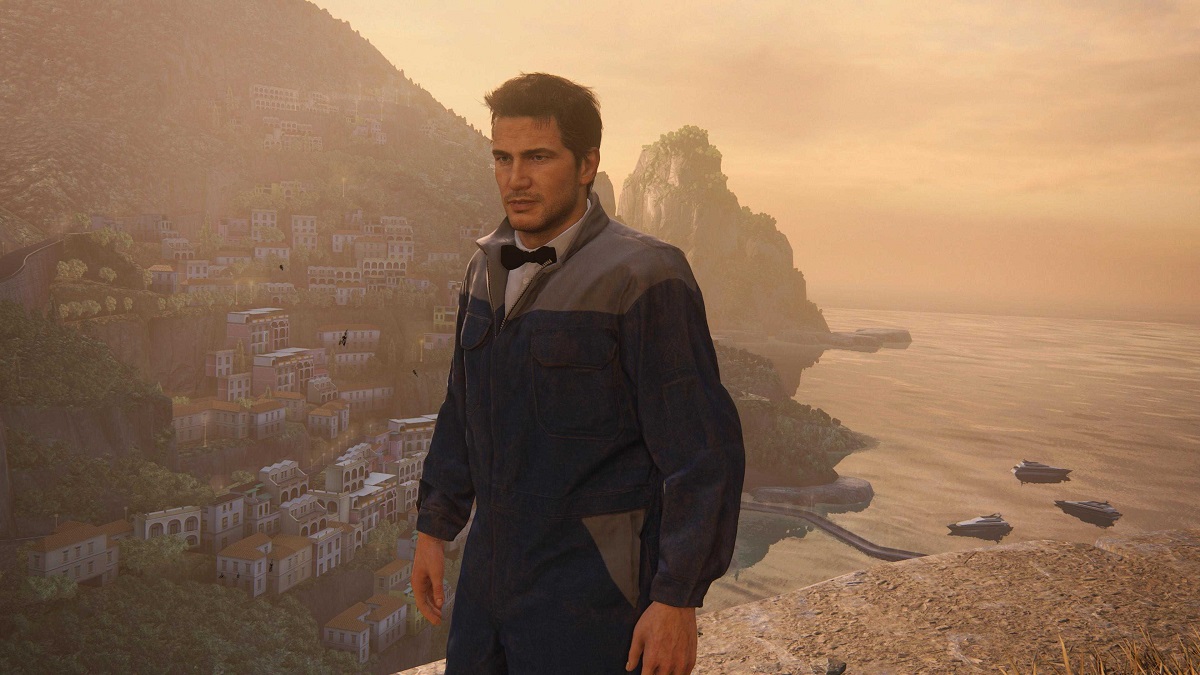 Revisiting Uncharted 4: A Thief’s End is a blast, but in Chapter 6, it’s hard to find all the treasure locations the first time. This guide will help you find all of the treasures on your second playthrough or possibly your first run-through.

The first treasure is located outside on the left of the house and the left of the flower field. Don’t use the rope to get underneath the bridge. Instead, turn left until you see a rock formation that looks somewhat similar to a nose. Behind it lies a treasure that glistens on the ground.

After swinging twice and heading up to the garden, you’ll encounter a cutscene with two black-clothed guardsmen walking by. When that ends, climb up and walk right on the grass. You’ll see lemon trees around you. Keep going right until you see two small windows and a bigger window hidden behind a lemon tree. You’ll find the next treasure here.

As soon as you’re directed to follow Sully at the end of the hallway, after a long cutscene indoors, turn around 180 degrees and go back to the room where you met Sully. You’ll find the treasure on a desk to the left of two small wooden chests.

But, before you head back to Sully from Treasure #3, there’s yet another treasure nearby. Go past the first two white-clothed tables with people, and turn right towards the balcony. Look at the beautiful view for a little while and then turn right again. You’ll see a treasure nestled on a little stone pillar on the right.

As soon as Nathan takes his black jacket off and heads into the kitchen, take the first left and keep going up the dark corridor. You’ll see put away circular tables on the left-hand side. Keep going forward until you see pipes and a cereal brand called Summer Wheat on a cart. In between, you’ll find the fifth treasure.

After getting past the kitchen, you’ll find some stairs, and you’ll start hearing some conversations in the background. At the bottom of the second staircase, Sam should be saying, “The hell is this?” At that point, turn around 180 degrees, and underneath the staircase, there’s another treasure on the bottom right.

When you leave the brewery cellar and return outside through the vents, don’t follow your brother. Instead, go left and keep following the green path until you find a steel ladder. Once you’re up on that platform, now climb the pipe. Go right, and drop past the window. You’ll notice treasure on the roof you land on.

After boosting Sam up to a higher platform, Nathan tries to get an update from Sully on how he’s doing after climbing the knocked-down ladder. On this elevated area, take the left passage towards two red doors. Unfortunately, the treasure isn’t that easy to find. Jump on top of the platform above the two red doors. Once you’re up, jump down to an area on the right side. You’ll find the treasure here on the grey pillar.

When Nate regains his balance and gets back up from a near-death experience, and after Sully meets the villain of the game in a cutscene, our protagonist begins his climb up to the power room. After dropping down to a lower pipe, and finding your way to the grassy platform, stop. Turn left, and then drop down to the ledge of that side. You’ll find another set of lined grips to hold on to. Climb up to find the ninth and last treasure of this Chapter.