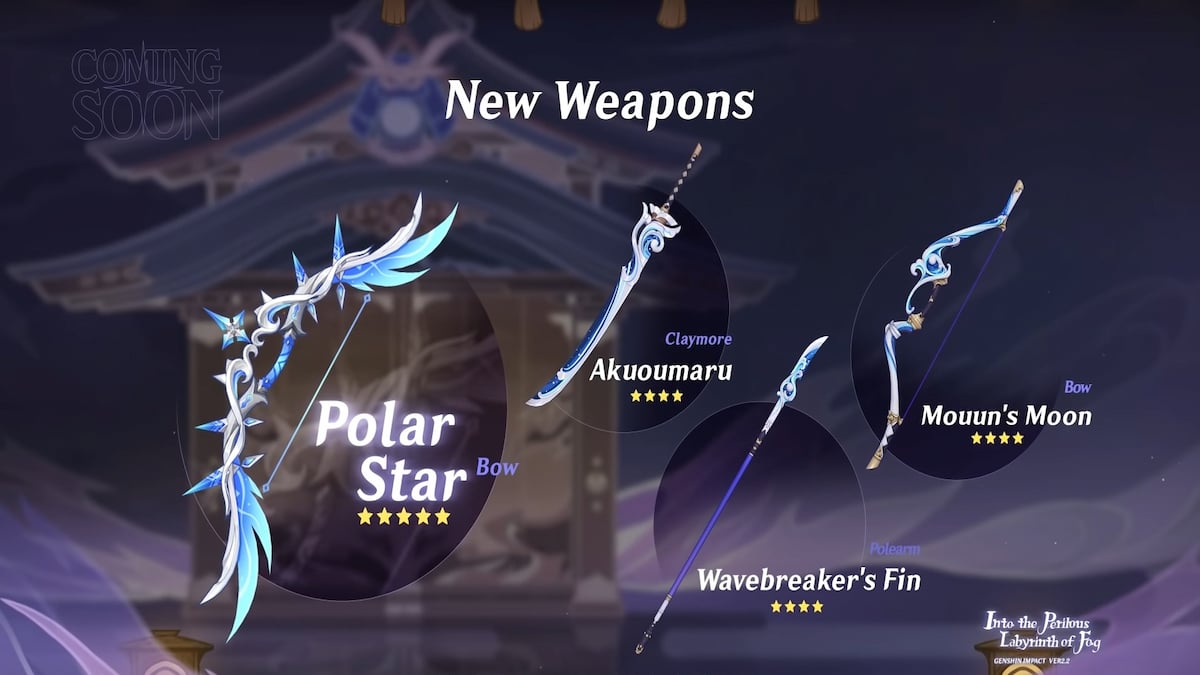 Genshin Impact is getting a set of new weapons for its version 2.2 update, including a new four-star polearm called Wavebreaker’s Fin. This polearm has a similar effect to the other weapons on the banner, being a great way to increase damage for your burst supports.

As of this writing, it’s not yet officially known how to obtain the Wavebreaker’s Fin weapon. However, the weapon was announced alongside the new five-star banner weapon, the Polar Star, meaning it’ll likely become available as a featured banner weapon.

To upgrade the Wavebreaker’s Fin, you will need the following Materials:

Is the Wavebreaker’s Fin any good?

Like the Akuoumaru, the Wavebreaker’s Fin is a support weapon designed to help increase the damage of your Polearm characters who deal lots of burst damage. This includes characters like Xiangling, who deals a majority of her damage through her burst.

While the ATK% substat is low, the base ATK is surprisingly high for a four-star weapon. At high refinements, this weapon should help your burst-focused Polearms deal a lot more damage. However, as this weapon is likely a banner pull, you should question whether you really need to spend the Primogems for it.

After all, the four-star weapon, The Catch, is free to all players. Unlike other free-to-play weapons such as the Luxurious Sea-Lord, The Catch will be available to all players indefinitely. The Catch has a similar passive in increasing burst damage. The Wavebreaker’s Fin will beat The Catch, but you should only pull for this weapon if you have the spare Primogems.