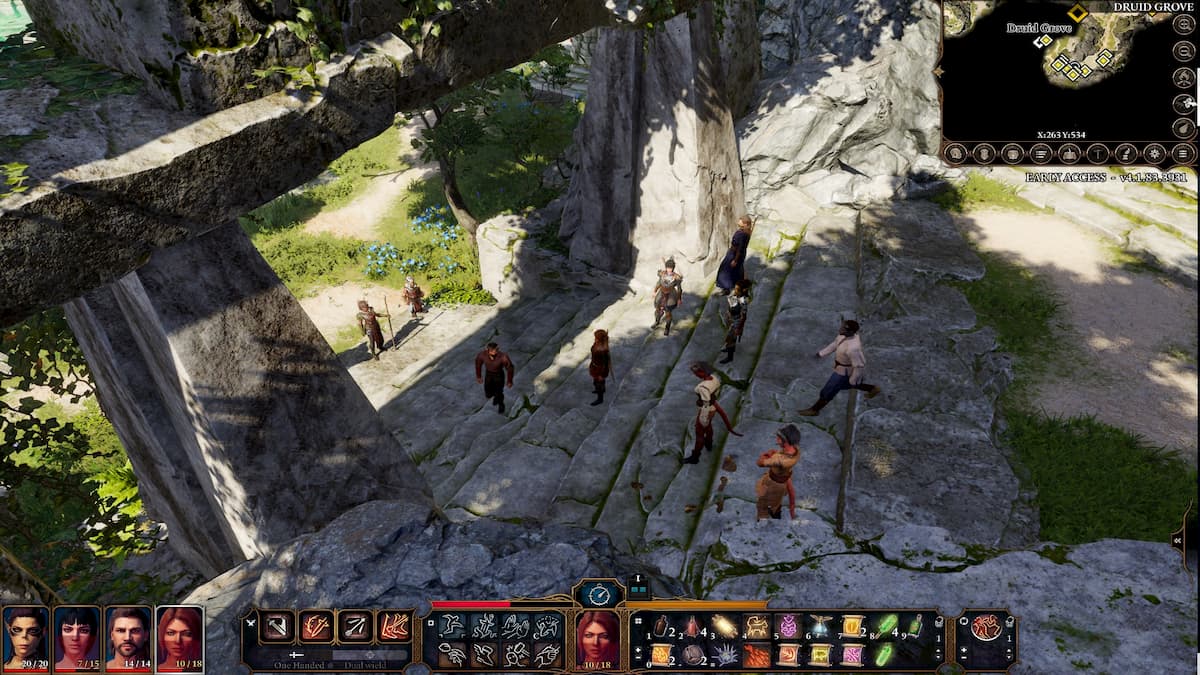 Whenever a character in your party in Baldur’s Gate 3 notices a trap or point out the origins of a religious shrine they casually pass while walking around, they’re passing a passive skillcheck. A passive skillcheck occurs for the entire party when they cross the path of something that they may need to use their skills to notice.

These passive skillchecks happen throughout your journey. They occur when your characters pass a specific object, and a small pop-up appears over their head that shows the skillchecks they are making. These are usually survival, perception, investigation, insight, arcana, history, and many others. Whenever you see this icon show up, you can expect to see a 20-sided dice (a d20) appearing underneath it. A progress bar goes around the d20, and upon completion, you will see if your characters passed or failed their passive skillcheck. A passive skillcheck is different than the one you choose to make during a conversation.

When a character succeeds in the passive skillcheck they inform the party (aimed at you) about what they were looking at. This could include the identity of a cave they were passing by, letting you know what animal resides there, what god and religion a particular statue is from, or if they notice that there’s a secret passage. If all of your characters fail their checks, they won’t see what’s there, preventing you from gaining an additional piece of knowledge. It can prevent you from learning how to access a secret area, or even prevent you from knowing about a trapped chest that your rogue is about to unlock.

Every character in your party has a chance to roll for a passive skillcheck, even if they’re not good at it. For example, your rogue will attempt to make a religion skillcheck at an altar they pass, even if they have a negative two score with religion.

Whenever you see a skill name popup above your character, stop for a second to see what they might be referring to. You could learn about a nearby statue or notice a tripwire hinting at a nearby ambush your party has to avoid.