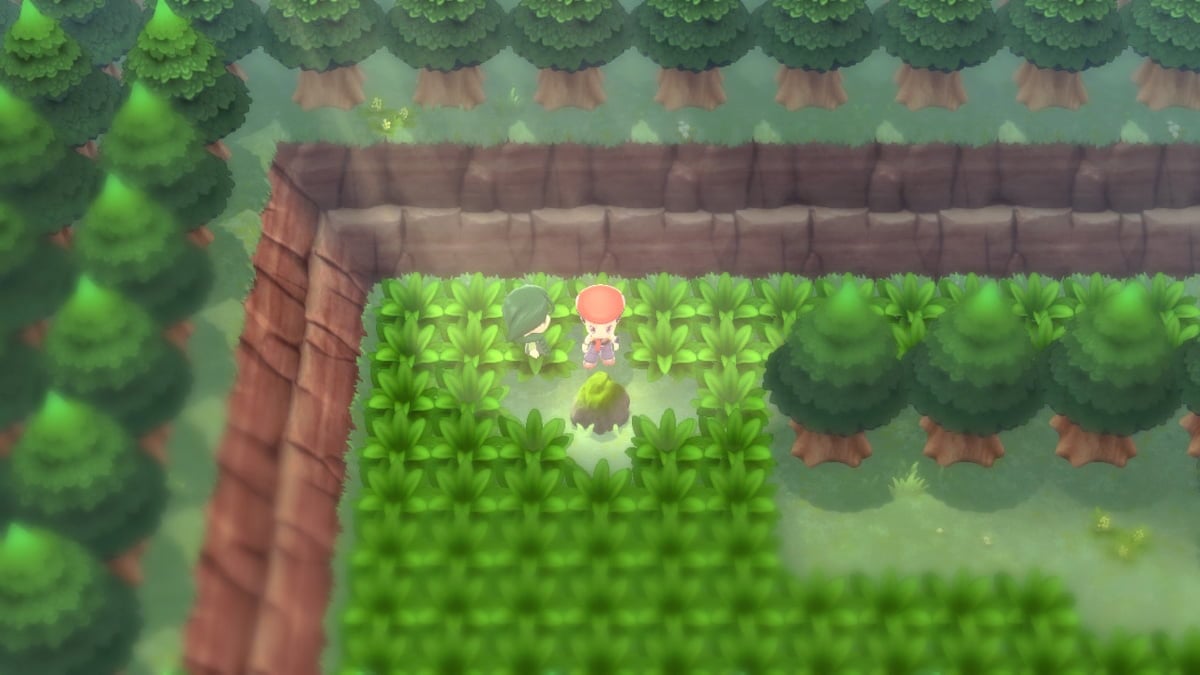 While exploring Eterna Forest in Pokémon Brilliant Diamond and Shining Pearl, you’re likely going to find a mossy rock with a distinct light coming down on it. When you interact with the rock, you’ll receive a notification that reads, “The rock is covered in moss. It feels pleasantly cool.” What does the mossy rock do in Eterna Forest, and what can you do with it in Pokémon Brilliant Diamond and Shining Pearl.

The mossy rock in this forest is the one you’ll use when you find an Eevee and evolve it into a Leafeon. In the original Pokémon Diamond and Pearl games, this was the only way to have Eevee evolve into the Leaf-type evolution.

The mossy rock appears in other regions, such as Unova, Kalos, Hoenn, and Alola. These regions have a similar mossy rock for players who want to evolve their Eevee into a Leafeon. However, in Pokémon Sword and Shield, there was no mossy rock. Instead, Eevee could evolve into Leafeon using the Leaf Stone, similar to the original three Eevee evolutions namely Flareon, Jolteon, and Vaporeon.

Although you’ll have to wait until you reach the end of the game to acquire Eevee, finding the exact location of the mossy rock to evolve it says you a bit of time. You’ll have to remember to return to Eterna Forest when you’re ready.