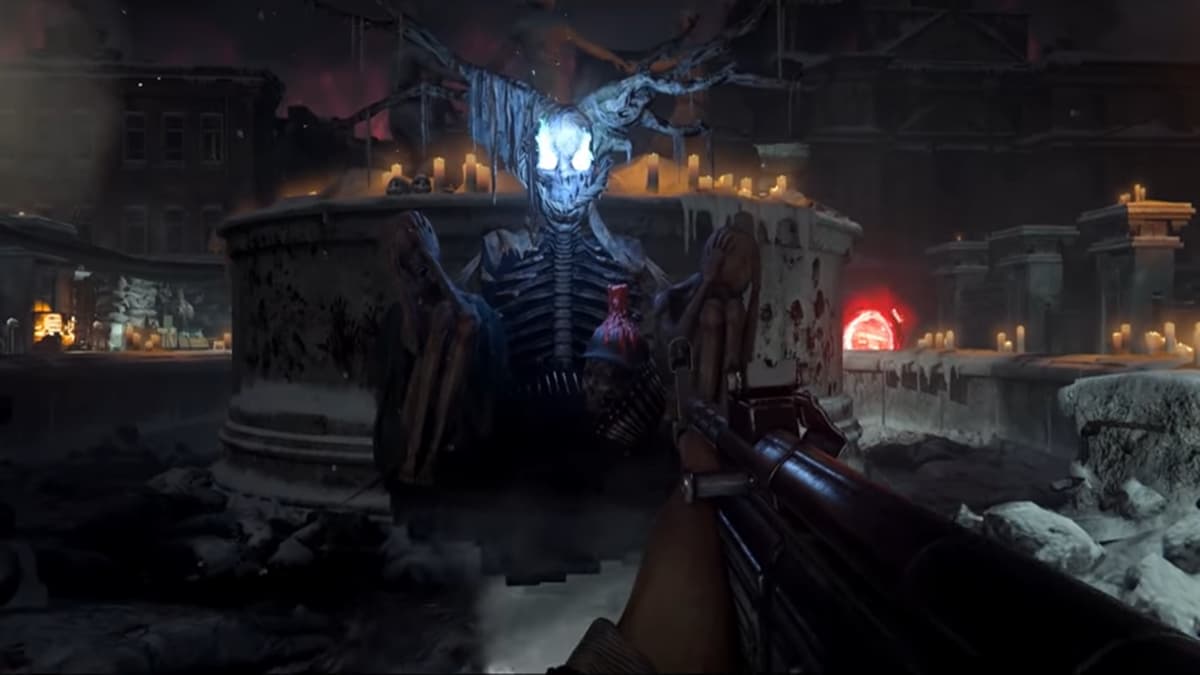 Call of Duty: Vanguard features the first crossover Zombies experience from Treyarch, and with this comes some new gaming ideas. With the introduction of Der Anfang, we have learned about the Altar of Covenants, a new, very important power upgrade station. Here is what you need to know about it.

The Altar of Covenants is an upgrade station that features various power boosts that you buy with the sacrificial hearts you get from completing objectives in Der Anfang. We do not know if this feature will be in round-based Zombie maps as of this writing.

After every objective you complete in Der Anfang, you will be transported back to the central hub area in Stalingrad to purchase upgrades. Before going to the next portal, the Altar of Covenants will provide three random powers to buy. As of this writing, we have not seen the price for these bonuses go up beyond one heart.

The Altar of Covenants makes it so you can try and have a specific build to go along with whatever Field Upgrade you have chosen to use in Der Anfang. However, with the upgrades’ randomness, it will take a little luck to get that specific power you want. The ammo mods that you could purchase in Black Ops Cold War seem to be in here alongside some nice bonuses like the ability to reload your weapons while they are stowed away. The Altar of Covenants looks to be a significant upgrade station during your runs in Der Anfang.