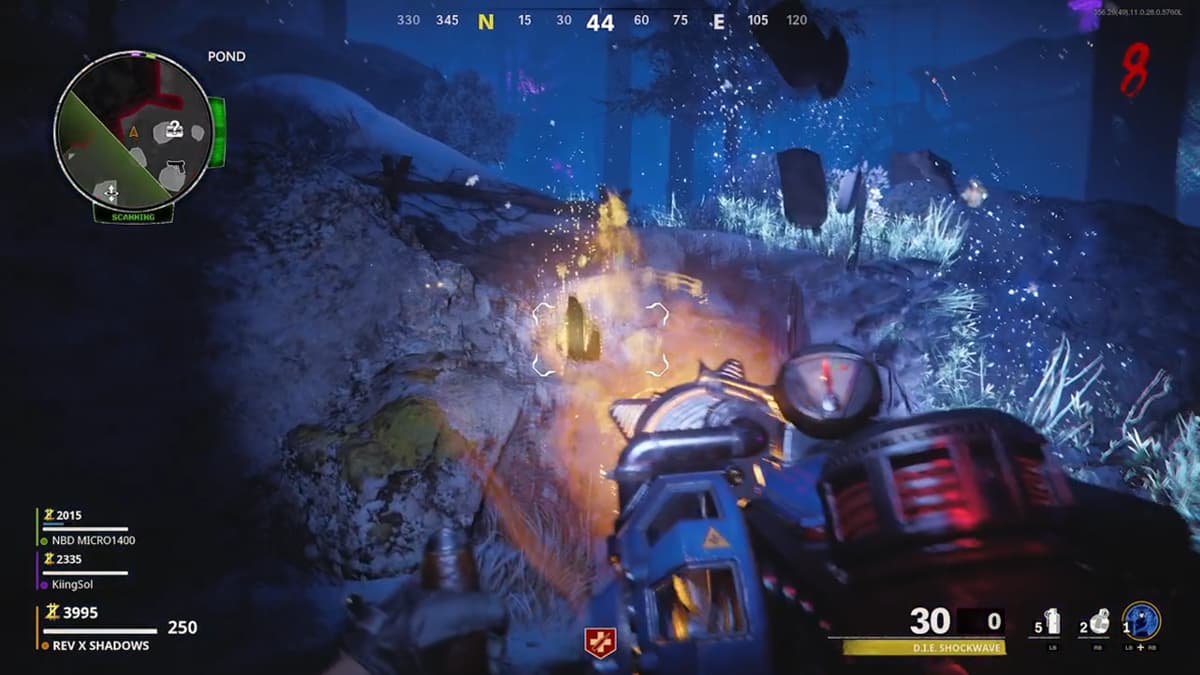 The D.I.E. Shockwave is a powerful vacuum blaster gun that transmits zombie energy into ammo. This gun is only found in Die Maschine, Call of Duty: Black Ops Cold War’s first map, and lives up to its name of a wonder weapon by being completely different from the norm and robust enough that players will want to use it almost every match. The four upgrades for the Shockwave further change the gameplay with all the different ways it fires and outputs damage. Some people are wondering which is the best, though.

While each upgrade can be swapped in and out anytime you unlock them in a match, are some of the upgrades more worth it than the others? We believe so. Here are the best D.I.E. Shockwave upgrades.

When looking at the four Shockwave upgrades, we consider two of them to be far above the others. First, the Nova 5 upgrade. We like this upgrade because of the ease of access to it. Upgrading it is as simple as grabbing a canister and filling it. Also, the gas cloud left behind each shot does continuous damage for awhile. You can reliably take down trains of zombies into the 20 round range with this upgrade.

The Nova 5 upgrade is fast and easy to get; the Electrobolt can potentially take some time to do. Before you can even upgrade to this, you have to do multiple steps from the main Easter egg, which feels like a waste of time if you are not actively trying to beat the Easter egg. However, should you invest the time into getting Electrobolt, it puts out serious damage and can shred through Megaton Zombies. The electric effect also seems to chain to other zombies in a group and slightly stun them, although not as much as a Dead Wire ammo mod.

Why we didn’t choose the others

The reason we don’t like the Cryo-emitter and Thermophasic upgrades comes down to their utility. While Cryo-emitter, like Nova 5, is super simple to obtain, the ice beam that blasts from it only affects the zombies in front of a train. This means that while you are slowed down from firing the beam, anything behind the first two zombies you see will quickly catch you. Also, the damage is not significant enough for it.

Thermophasic is easily our least favorite D.I.E. Shockwave upgrade. Like Electrobolt, it takes a while to get because you need to do Easter egg steps, and it does not do enough damage. The fireball it shoots at crowds of zombies may be large, but it seems to not affect enough of the victims in its path to be truly viable in a quest for reaching higher rounds.