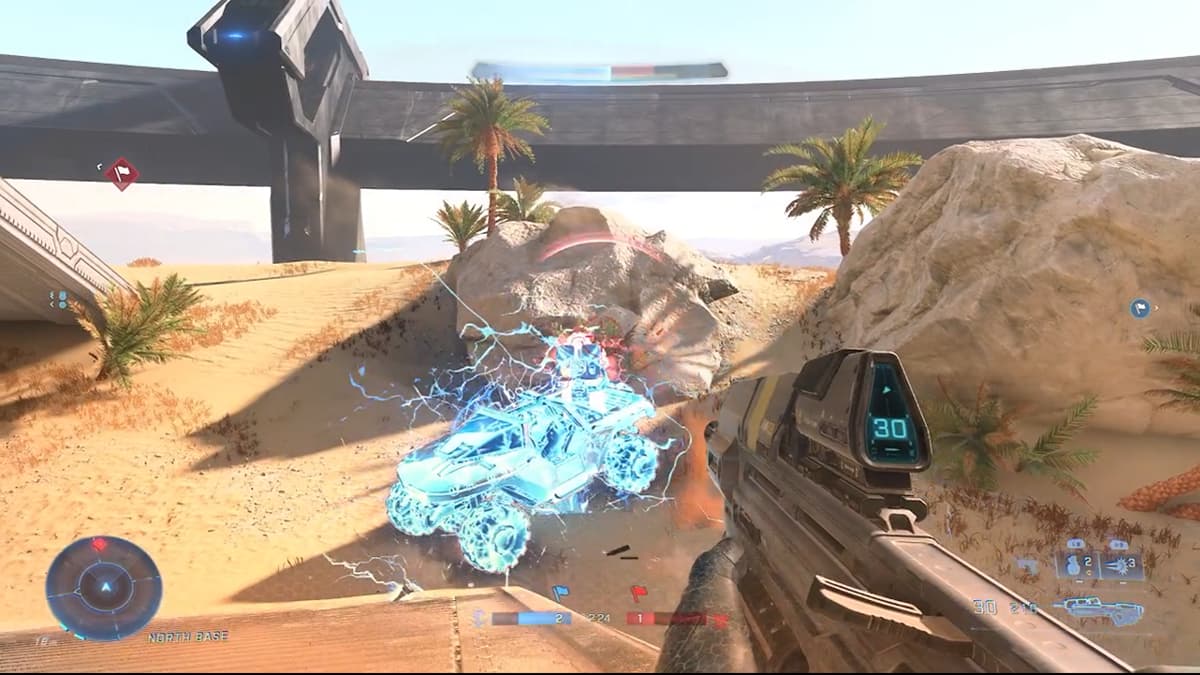 For the most part, grenades have been the same in Halo since the beginning. You have the standard Frag, the fan-favorite Sticky, and the Spike grenade. Halo Infinite is incorporating an additional grenade that works very similarly to the Power Drain equipment from Halo 3. Here is what you need to know about the Dynamo grenade in Halo Infinite.

After throwing out a Dynamo grenade in Halo Infinite, the surrounding area where it lands will be surrounded by an electric field. Unlike other grenades with instant explosions of damage, the Dynamo will cause damage over time to anyone who stands inside its area.

There is an additional use for this item as well. Any vehicles caught inside the electric field of a Dynamo grenade will be completely unusable until the effect ends. It won’t move, and anyone sitting inside is an easy wide-open target. The effect is shown off by the arcing electricity covering the entire vehicle.

We enjoy using the Dynamo grenade in Halo Infinite multiplayer, but especially on vehicles. As stated above, it acts similarly to the Power Drain from Halo 3. The way it completely shuts down vehicles will turn the battle in your favor when taking on a Ghost or Warthog while on foot. It is much easier to get good use from than the Power Drain, which gave you little control of where it goes. Here, you can throw it like a standard grenade with a much greater distance than before. The fact that you can throw out two simultaneously to double the damage also helps a lot as well.