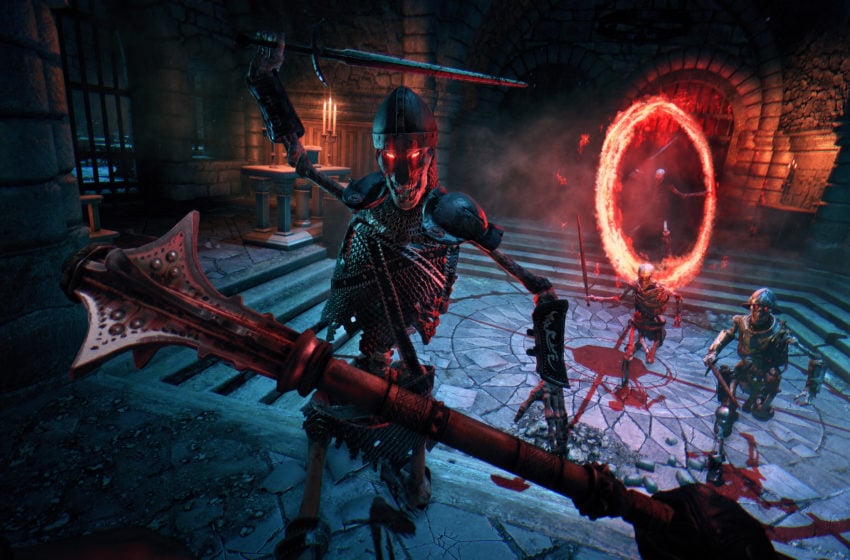 Sometimes, being willing to believe can pay off. For the dozens of us out there who could not bear to take Hellraid off our Steam wishlists, our patience has been rewarded. While Hellraid will not be arriving as a full release, it is on the horizon as DLC for Techland’s zombie-parkour game, Dying Light.

The DLC will be available on Steam on Aug. 13, and PlayStation 4, and Xbox One on Aug 14. The original release date was July 23, but this was pushed back to apply feedback from players who experienced the beta. As long as you own Dying Light, you will need to fork over a mere $9.99 to run around scary-looking castles and smash skeletons in the head with burning swords. If you play on PC and don’t own Dying Light, it is currently heavily discounted for the ongoing Steam sale.

The premise of Hellraid is actually quite fun, and a cheeky way to tie this substantially different DLC into the game. After a strange power outage, an arcade cabinet is discovered in the basement of the Tower. This is actually a portal to another world, and the main character will get dragged through it into a terrifying dimension of magic and monsters. Best of all, the weapons you collect there can be transferred into your main game if you manage to gather up enough coins on your runs.

You will also be able to play through the DLC in cooperative play, so if you have friends who also enjoy Dying Light, this sounds like a good time.