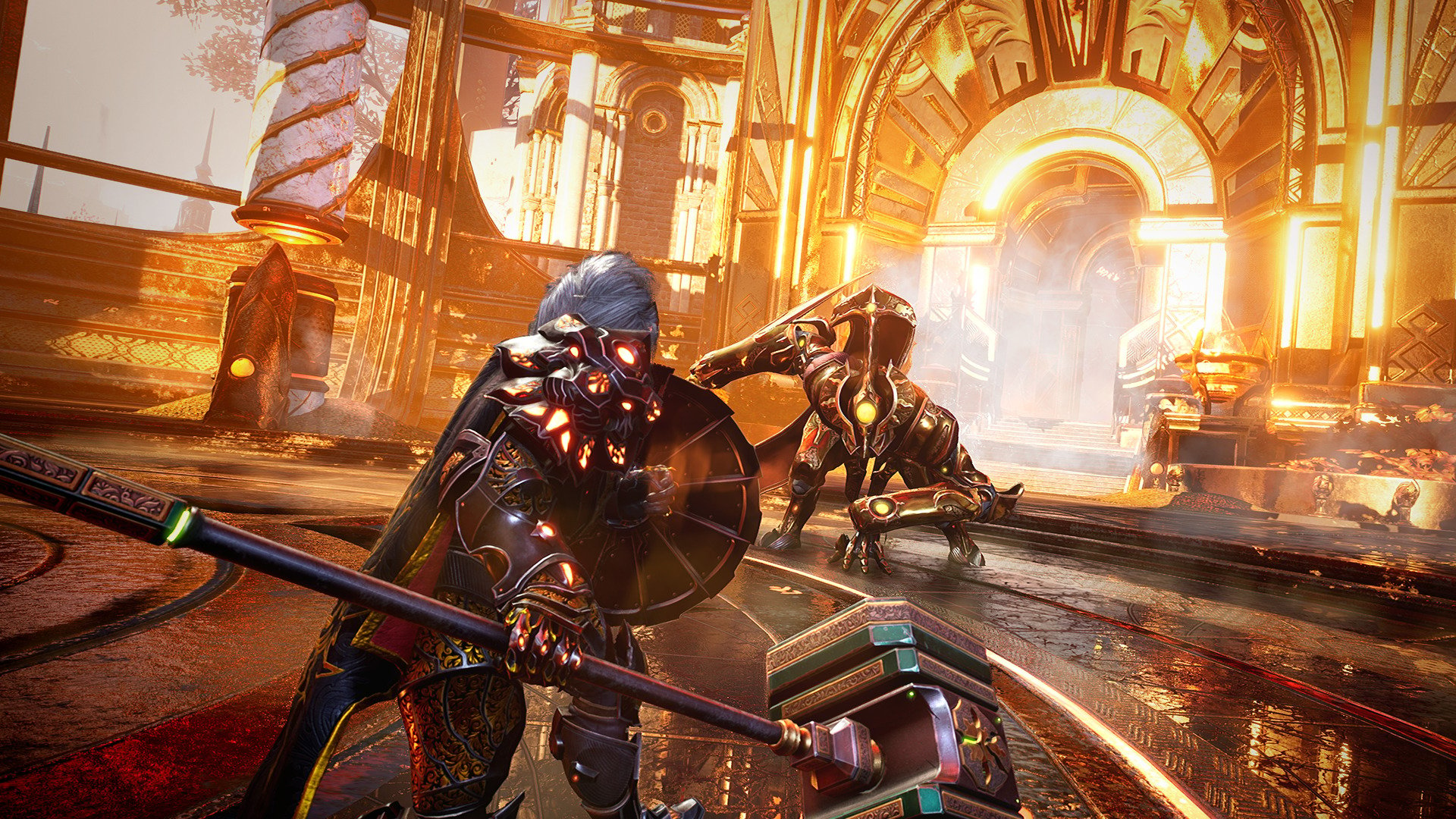 If you are in the mood for a game that feels ever so slightly like Destiny with a melee focus, then Godfall might have been on your radar for a while now. The game, which is due to releases on PlayStation 5 and PC, focuses on heavy-duty sword and board action, bring frantic combat to a cooperative multiplayer, action-adventure game.

Godfall will be releasing on both PlayStation 5 and PC on November 12, acting as a launch title for Sony’s next-generation console. The game will be available on PC through the Epic Games Store. It will be launching beside a pretty stacked lineup of titles for the PlayStation 5, so Sony fans are certainly in for a treat that month.

Pre-ordering the game will net you some interesting bonuses, including a sword wielded by Zer0 from Borderlands. If you are wondering about the connection there, Godfall is being published by Gearbox, creators, and developers of the Borderlands series.

The full list of pre-order bonsues is as follows:

Godfall will feature multiple areas to fight all manner of enemies in, fives different classes of weapons to get to grips with, and all manner of loot, leveling, and other RPG-based shenanigans.