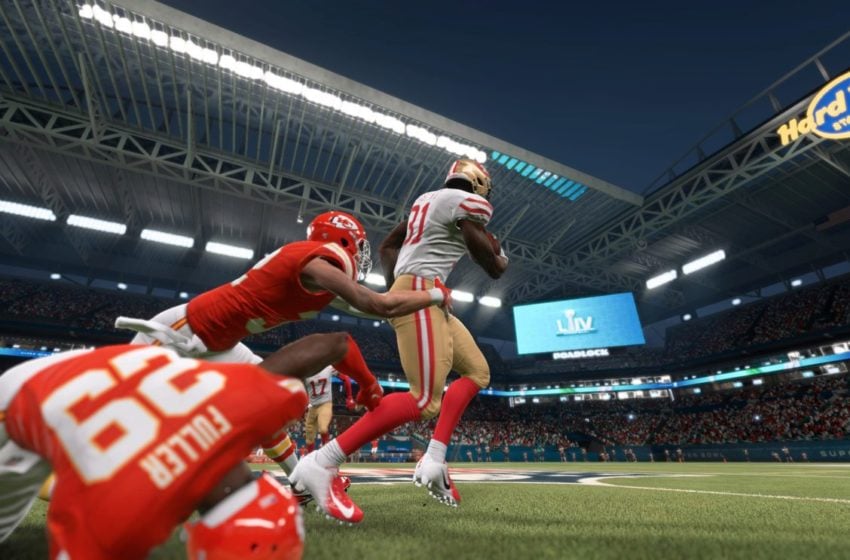 Another year, another Madden game, as EA have revealed a new gameplay trailer for the upcoming Madden 21, along with a confirmed release date. The game will arrive on Aug 25, for PC, PlayStation 4, and Xbox One, and will have a three day early access period for people who pre-order the game.

Good news for Xbox owners, who buy the game for Xbox One, will be able to take advantage of Smart Delivery, allowing you to upgrade your game to the Xbox Series X version free of charge. According to EA, the next-generation versions will also have features that are not available to the prior generation, although no details have been given as to what these might be yet. There are no details about when Madden 21 will be available on next-generation consoles, and there most likely won’t be until Sony and Microsoft get around to announce the release dates of the new hardware.

The new game will feature the new Stick-Skill Ball Carrier System, which will improve tackling and pass-rushing, hopefully opening up new options for smart, tactical ball play in the game.

Madden 21 will cost $59.99 at release, and will almost certainly come in a variety of versions at different price points, although EA has yet to make this information available. We expect to learn a lot more about the upcoming title during EA Play, which will begin on June 18.