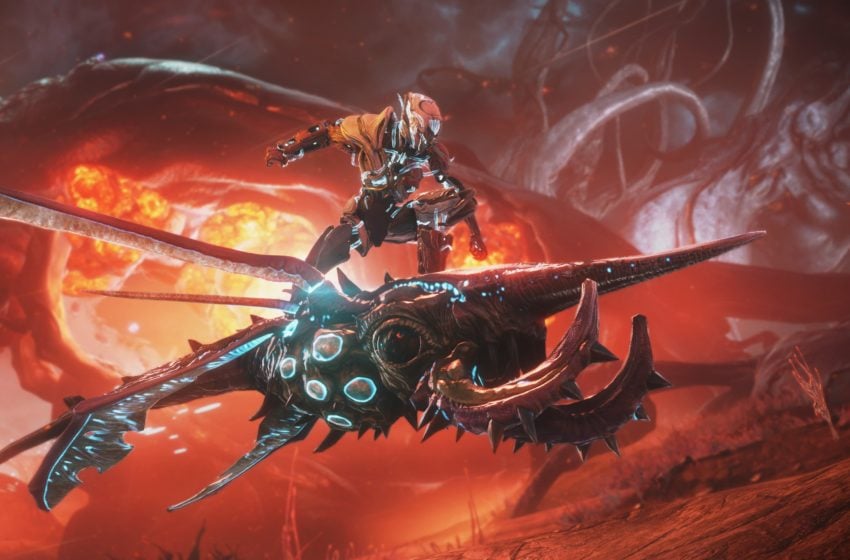 Heart of Deimos, Warframe’s upcoming expansion that will introduce a new Infested open-world, will release on August 25. The best news is that this is the first major update for the game that will release simultaneously on PC, Xbox One, PlayStation 4, and Nintendo Switch.

Deimos is an Infested moon and the former home of the Entrati family that is slowly succumbing to the Infested scourge. The remnants of the civilization that the Entrati built there are now suffering from that same family’s hubris, as the twisted experiments they performed come back to haunt them.

The update will contain the new open-world area, as well as all manner of new game mechanics. The Helminth Chrysalis System is sure to be a game-changer. You can sacrifice Warframes to the Infested room on your Orbiter, drawing a power from them and then transferring it into another Warframe. For the first time ever, you will be able to switch powers between Warframes in the game.

The surface of Deimos will hide Necramechs, powerful robotic machines that you can pilot with your Operator. You will need to fight them, and fight in them, turning their devastating firepower against your enemies.

The impact of the Infested goes beyond combat, however, as Deimos will have its own version of the K-Drive. Velocipods are massive insects that you can conserve or ride. These weaponized bugs will allow you to zoom around the surface, and destroy your enemies on the go.

The game’s next Warframe has also been revealed. Xaku, the Broken Frame, is fused together from pieces of three different Warframes, wielding the power of the Void. You will be putting them back together when the expansion arrives on August 25.