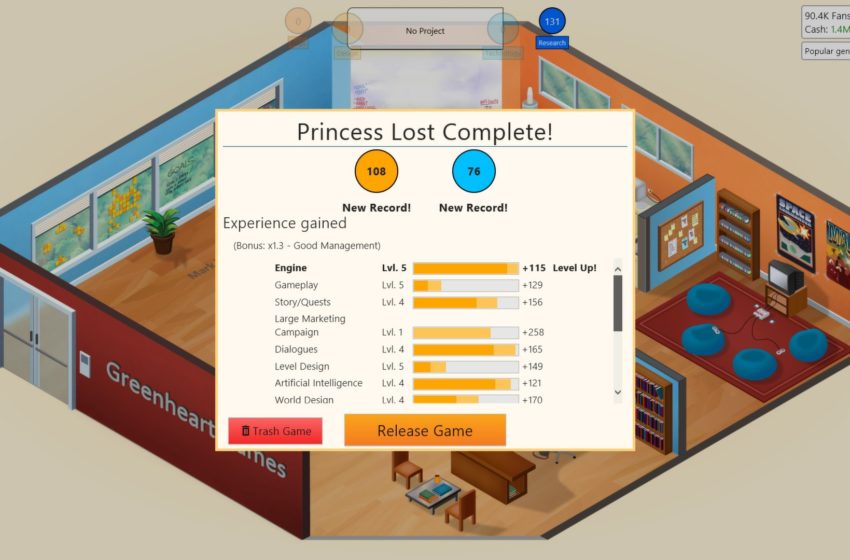 As revealed by Greenheart Games, developers of the simulator title Game Dev Tycoon, the business management game is on its way to the Nintendo Switch. When is it set to release for the hybrid console, and what will it entail? Read on to find out more.

Game Dev Tycoon was announced to be released on the Switch on October 8, 2020. The game has you set up your development team by hiring the best employees, creating fun games, and researching and developing new tech to push the medium forward. This includes building brand new consoles to make your upcoming titles for. You can check out the short announcement trailer below.

While the game has been available for PC and smartphones for a while now, this is the first time it is available for a home console. It has been specially designed to support both controllers and the Switch’s touchscreen capabilities, so you will have plenty of flexibility in how you play.

Many console gamers may be introduced to Game Dev Tycoon for the first time, but if you have played the game before on either PC or smartphone, you will be happy to know all of your saved progress can be carried over to this new version as it will support cross-save functionality.

For people going into Game Dev Tycoon having not experienced before, the game released in 2012 and has you start your video game business in the 1980s. From starting in humble beginnings, you will create and build your portfolio of games and expand a development team to become industry leaders. You get to choose how your games will be developed for the fans. Will it be story focused? What genre will it be? All of it is up to you to decide to shape the success and future of your business.