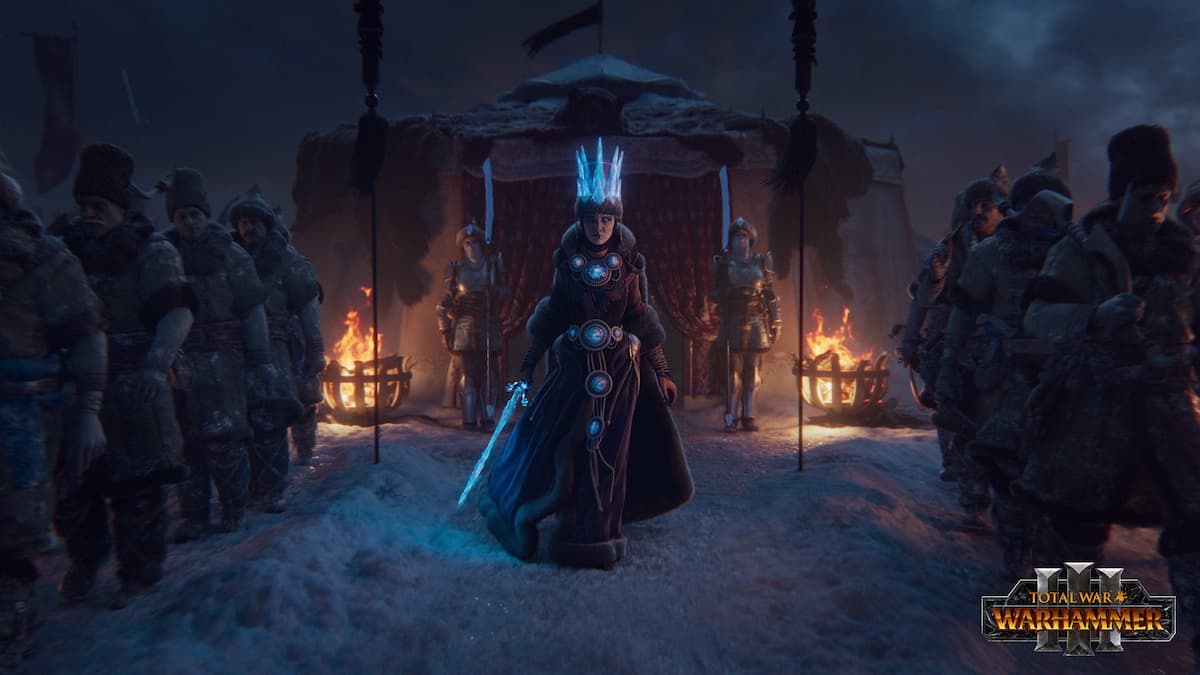 The Total War team at Creative Assembly took an interesting turn in May 2016 when they released the first of three promised Total War: Warhammer games. Fans were in a frenzy about how much they enjoyed this game, and now we’re leading up to the arrival of the third game in this series, Total War: Warhammer III.

The exact release date will be on February 17, 2022. It will be available on Steam, and it’s coming to Xbox Pass on day one. If you have a Game Pass subscription for the PC version or the ultimate edition of the subscription, you’ll be able to play it. You will need an established subscription to play it.

The primary focus in Total War: Warhammer III will be the Dimension of Chaos, where four mighty chaos armies are rising to embark onto the world of the living. These four armies are led by Slaanesh, the lord of pleasure and excess; Nurgle, the lord of disease and decay; Tzeentch, the lord of scheming and mutation; and Khrone, the god of blood and skulls. These four will be besieging the two kingdoms, Kislev and the Grand Cathay, as they’re dividing the world of the living with the Dimension of Chaos.

A lot is happening in the Warhammer universe. Still, all of these story elements are interwoven with the Total War concept of being a strategy game where you bring large armies to battle against each other. You’ll be able to pick a faction with an iconic hero at the head of it and create an array of magical armies hellbent on destroying the others surrounding your nations. You have the choice the create a political alliance with your neighbor, or you might be better off conquering them to ensure they don’t flank your armies while they handle a more significant threat.

We can expect to learn more about what factions we can choose, how the four Chaos armies differ from each other, and how the heroes work closer to Total War: Warhammer III’s release date.