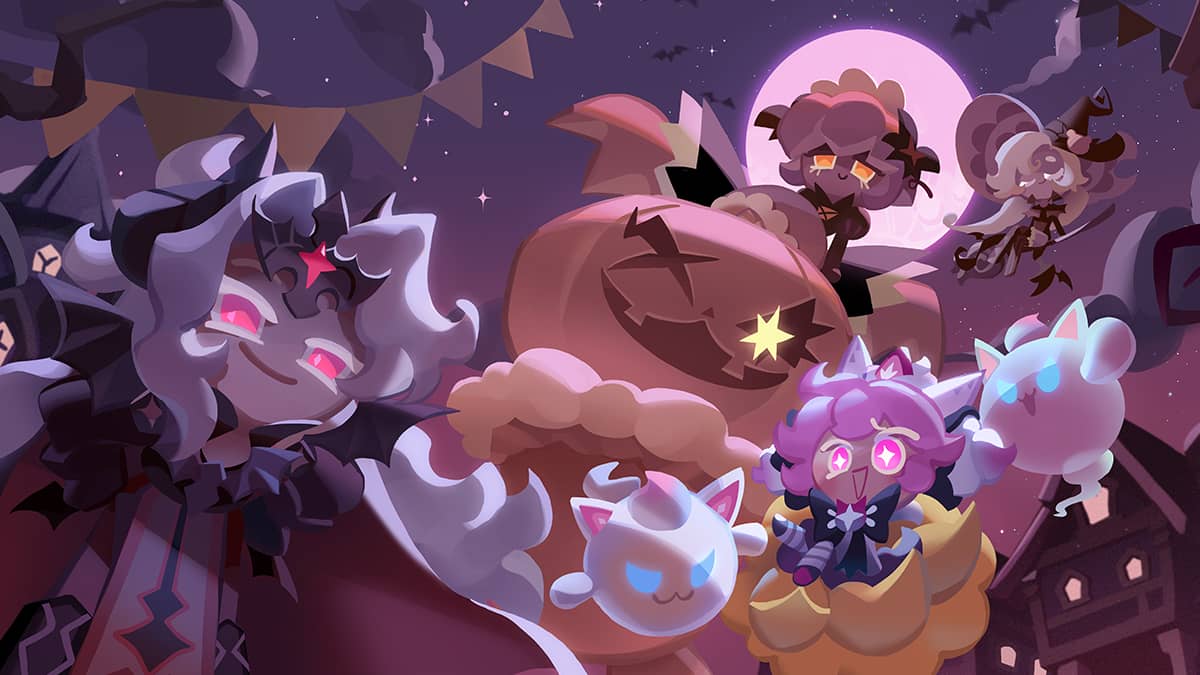 The popular mobile game, Cookie Run Kingdom, is releasing a Halloween update on October 28. Their last big update brought MaLa Sauce cookie and added in English voice acting for all of the game’s characters. As a result, fans are curious about what this big update will include.

The biggest addition to this update comes in the form of Pumpkin Pie Cookie. Made from a pumpkin and born in the garden of an abandoned house, she joins the battle as a middle, magic-user. She’ll use her pie throwing skills to damage her enemies. Her skill has her summoning her tattered doll, Pompon. This doll will knock enemies up and attack them until their health has been depleted.

Like any other new cookie coming to the game, Pumpkin Pie Cookie can be obtained either through Gacha or by collecting enough soul stones. She may become a feature cookie, meaning the rate at which she’ll be dropped will increase.

In the Halloween update, players will have the chance to acquire 47 different limited-time costumes for some of the game’s cast. Favorites such as GingerBrave, Latte Cookie, and Strawberry Crepe Cookie will be just some of the characters receiving a costume. If you’re interested in obtaining these outfits, you’ll have to collect Rainbow Cubes. These cubes can be earned by completing challenges or by purchasing them through the in-game Shop.