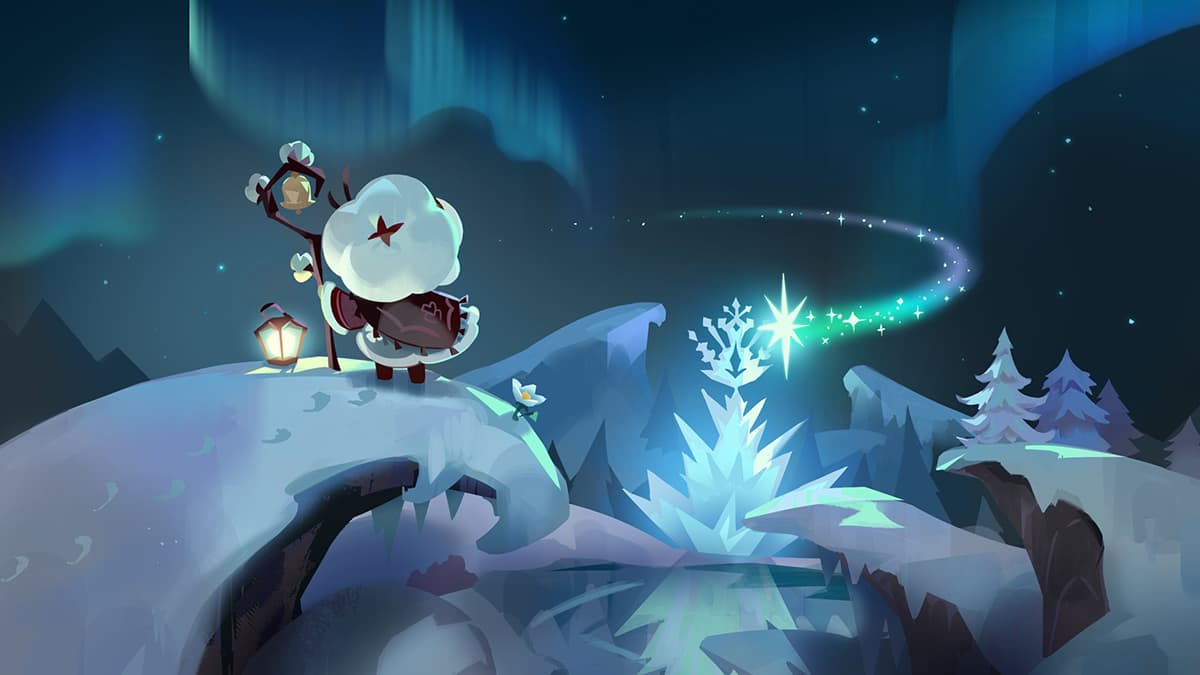 A Winter-themed update is coming to Cookie Run Kingdom on November 17. Like many updates before it, players can expect two new cookies to be added and the addition of a new season

Frost Queen Cookie is a Legendary-rarity magic cookie whose default position is in the middle. Her skill is called Freezing Squall. As the name implies, she will cast a spell that deals damage and freezing all enemies given them the Frozen status effect. While they are frozen, the enemies’ cooldowns are paused and will receive additional damage when they are thawed. However, if the debuff is removed before thawed, they won’t take the additional damage.

Frost Queen Cookie’s English voice actress is Cristina Vee, known for her work as Marinette/Ladybug from Miraculous: Tales of a Ladybug & Cat Noir and Riven from League of Legends.

A support character that’s placed in the rear, Cotton Cookie is an Epic-rarity. Her skill is called A Warm Light. While her lantern is lit, she will occasionally restore allies’ HP and increase the attack power of any summoned creature. When the skill is used, she will be able to summon a sheep that will charge at enemies, dealing AoE damage and stunning them. The sheep will fight along with the party for a short time.

Her English voice actress is Cherami Leigh. Leigh is known for her roles as Sarada Uchiha in Boruto: Naruto Next Generations and Makoto Niijima in Persona 5.

In this update, the PvP mode known as Super Mayhem will receive a second season called Frozen Domain.