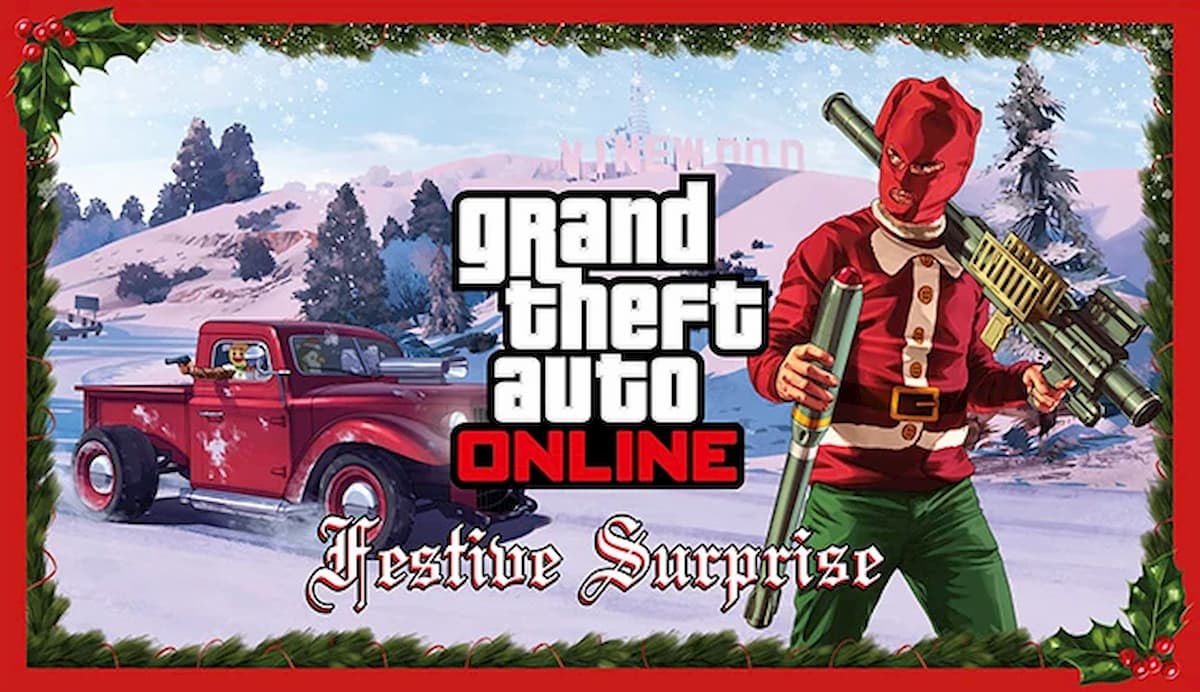 We’re approaching the time of year when we’re expecting something to appear in Grand Theft Auto Online. No, we’re not talking about Cayo Perico for once. It’s close to the end of December, and every other year, we’ve been hit with a Festive Surprise, bringing holiday slaughter and an important piece of precipitation to the game: snow.

If we’re expecting snowfall to happen in GTA Online, it could come soon. Rockstar first gave us the appearance of snow in Los Santos and Blaine County on Christmas Day 2013. It lasted for a couple days in 2014 (December 24-26 and December 31-January 2, 2015) and most of the Festive Surprise in 2015, from December 30 until January 5. Rockstar has included snow in every instance of the Festive Surprise since then, and they even pranked players on April 1, 2020, by causing snow.

There hasn’t been any announcement yet for a 2020 Festive Surprise, but given the release pattern in the past, it should be happening very soon.

If you can’t wait to see snow in GTA, or if you don’t play GTA Online, but you still want to see Los Santos covered in snow, you can go into the story mode in GTA V and enable Director Mode through the Rockstar Editor menu or the Interaction Menu. The Weather options include Christmas, enabling you to see the entire GTA map in a new wintry filter.