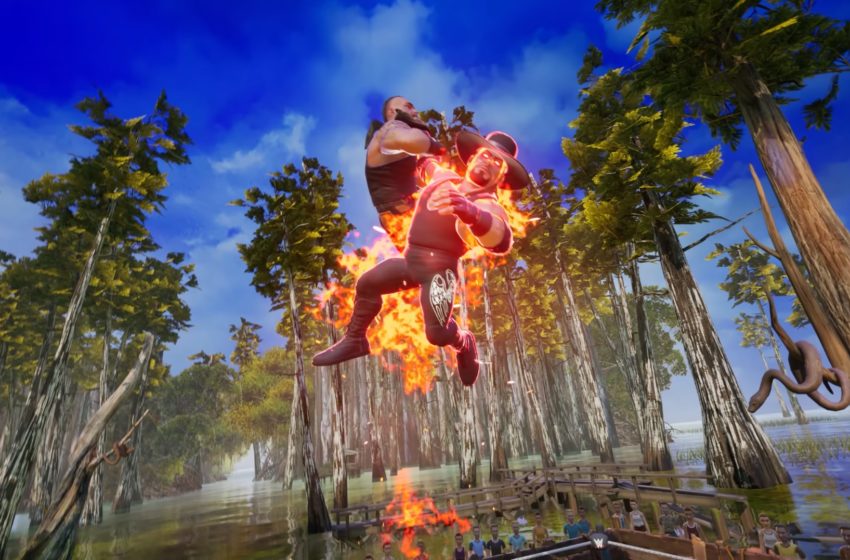 Earlier this year, publisher 2K confirmed that there would not be a WWE 2K main release in 2020. This followed the release last year of WWE 2K20, which featured updated rosters but its development troubles were well documented.

The series’ long time developer, Japanese studio Yuke’s, were announced to be stepping away from developing games for WWE in August last year, just months before the release of 2K20, with Visual Concepts, who has been assisting with development for the past few years, taking over sole development and having very little time to put together a fully polished game. This led to a huge number of bugs, visual downgrades, and missing features fans had come to expect, leading to this year’s cancellation.

However, all of this has not stopped a wrestling game releasing this year from the publisher as 2K announced WWE 2K Battlegrounds in April, a wrestling game with a more cartoon style aesthetic from World War Z developer Saber Interactive, including a number of over-the-top finishing moves, creative weapons and a mixture of old and newer wrestlers from the world of WWE. It evokes a similar aesthetic to the 2011 game WWE All Stars, which used similar caricature versions of the roster and was a surprisingly fun brawler.

2K has not previously hinted at a release date for 2K Battlegrounds, simply confirming that it would be replacing the regular 2K series for this year’s release.

However, on July 8, a new gameplay trailer was released, showing plenty of gameplay footage from the game, and confirming that the release date for the game is Sept. 18, 2020, and will be coming to PS4, Xbox One, Nintendo Switch, and PC Steam.

There are two editions of the game, standard and deluxe edition with the deluxe edition including extra playable versions of Steve Austin, “Attitude Era” The Rock and Ronda Rousey, as well as in-game currency that can be used to buy cosmetics for the wrestlers. A pre-order bonus is also included, which unlocks WWE star Edge, who returned to active wrestling in 2020, as a playable character.