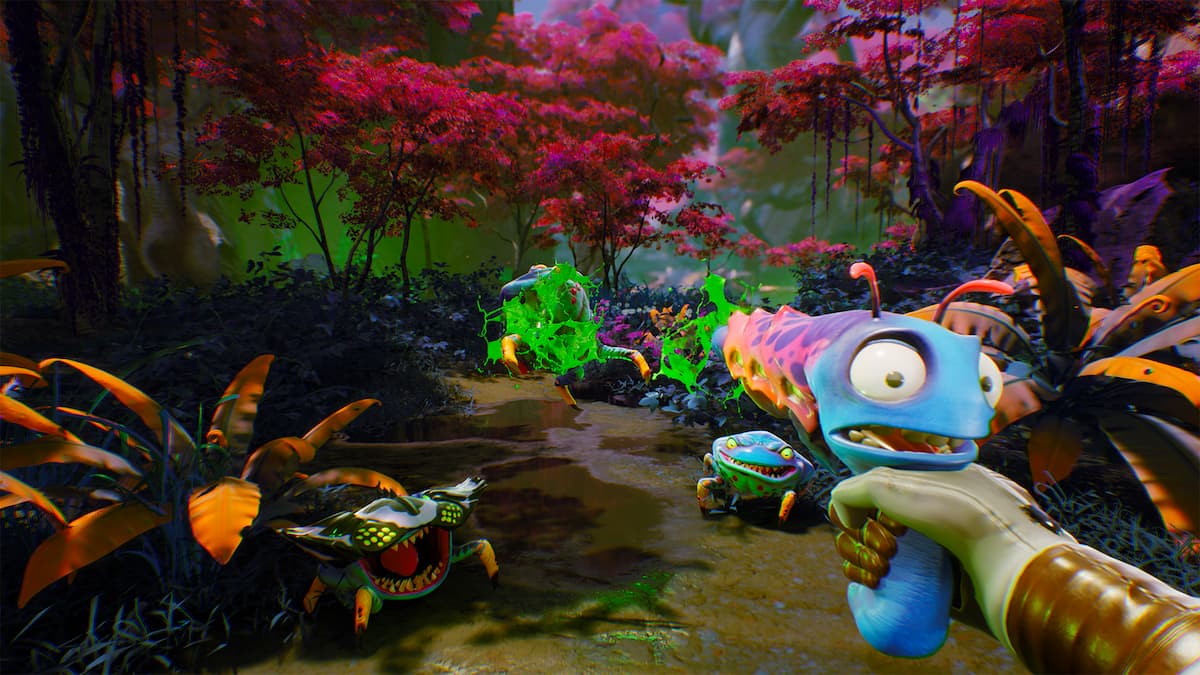 If you’ve ever wanted to play a Rick and Morty first-person shooter, you’re in luck. Upcoming shooter High On Life, from developer Squanch Games, offers the surreal comedy that fans will enjoy along with plenty of chaotic FPS action. The game promises to be full of talking guns, alien gangsters, and some very familiar voices coming from the strange weapons that the players can use to take out enemies in a bright, colorful world.

What is the release date for High On Life?

The game is due to launch in October 2022, bringing with it a healthy dose of Justin Roiland’s signature humor. The announcement trailer for the game revealed a pizza gun, a very enthusiastic talking knife named Stabby, and what appeared to be a gun that forced enemies to do battle with themselves. It looks like the game will, at the very least, be unique among first-person shooters.

High On Life offers players the chance to defend Earth from invading aliens intent on turning humanity into their next hit drug, with only the universe’s most freshly minted bounty hunter to stop them. The game’s stylized art style looks like a good pairing with Roiland’s writing, giving the action a cartoonish feel that works alongside the absurdity of what is happening on the screen.

Squanch Games has previously released Trover Saves the Universe and Accounting + on VR platforms, and Dr. Splorchy Presents Space Heroes, but High On Life appears to be the young studio’s most ambitious title to date. It is sure to be full of the team’s signature humor and subvert plenty of traditional expectations. The game is due to launch for Xbox consoles and PC in October this year.