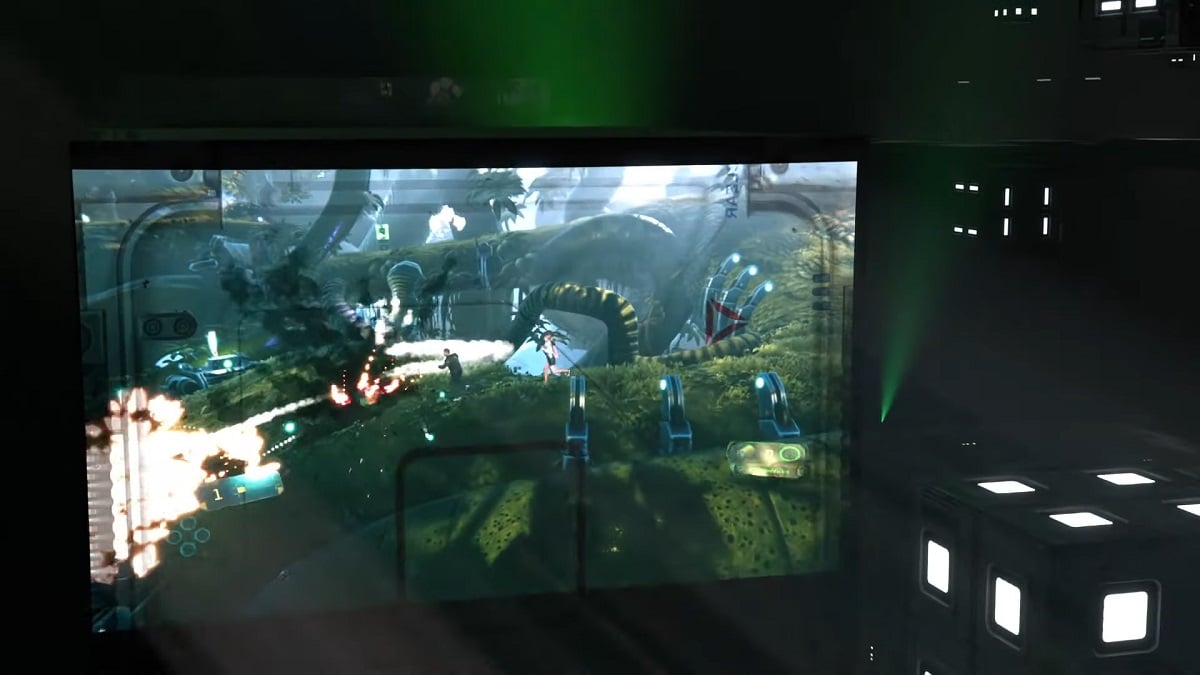 After 30 years, Flashback 2 will bring back a classic platforming franchise. The French publisher of the game, Microids, revealed a release date for the upcoming retro throwback.

When can you play Flashback 2?

Flashback 2 will be launching for the PS4, PS5, Xbox One, Xbox Series X/S, and PC sometime this winter. The Nintendo Switch version, like Doom Eternal, will be available on the eShop later than its counterparts in 2023.

While revealed at the Summer Game Fest, we only saw a snippet of gameplay, and it wasn’t even in a full-screen format. There are influences from the original game in Flashback 2 as the character climbs incoming structures. However, there are some additions like a biking section and a tease of mech-based combat.

What is the premise of Flashback 2?

Flashback 2 continues where Conrad B. Hart’s adventure left off. You have defeated Master Brain and now the Morphs are, according to Microids, “threatening all civilizations.” Ian has also been kidnapped by this menacing alien race, and you must figure out what has happened to Conrad’s friend.

The game will take us back to Neo Washington and the Jungle, but there will also be new areas such as Neo Tokyo and a space station to explore. Some key staff members have returned to the series like the original game designer Thierry Perreau and the composer for the Amiga version, Raphaël Gesqua.

Flashback 2, despite the franchise’s age, also has some motion capture involved. Jamel Blissat, a stunt double for Oscar Isaac in Moon Knight, will be performing the actions in the game.

“Flashback was praised for its innovative animation in the early 90’s, the team wanted to keep that tradition going for this new episode,” said Microids on its website. Something to keep in mind, however, is that Microids doesn’t have the best track record with classic franchises. The remake of XIII, for example, has an Overwhelmingly Negative score on Steam.