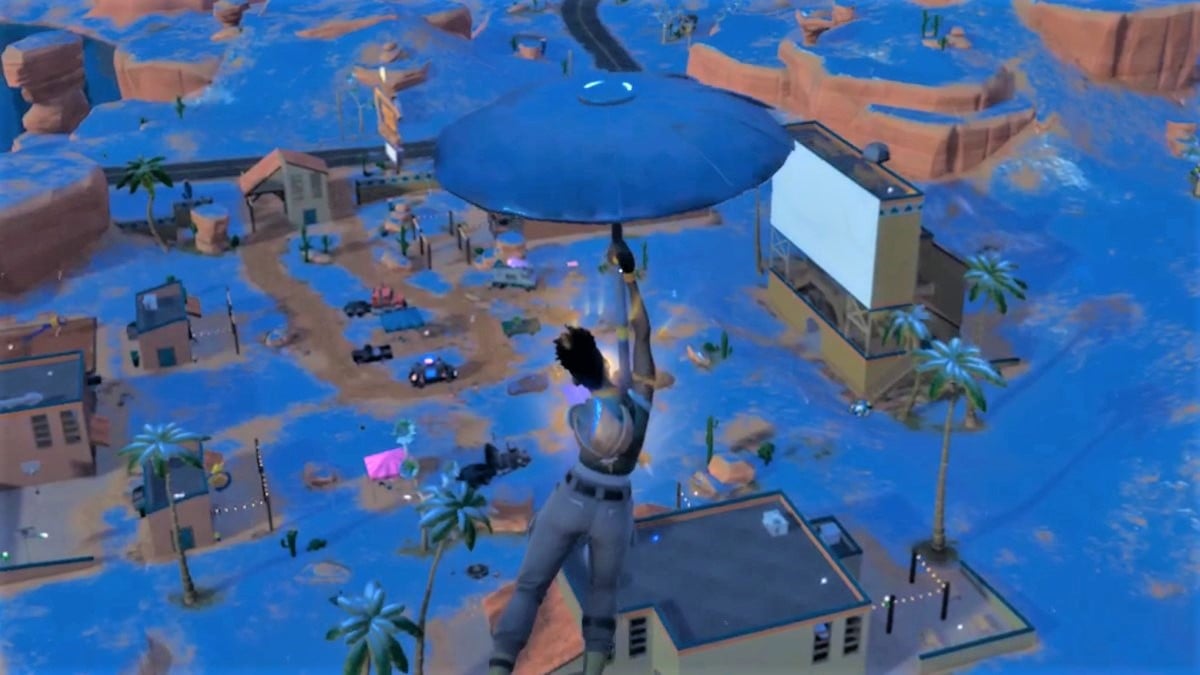 Rocky Reels is south of the center of the map between Greasy Grove to the west and The Joneses to the east. Like Risky Reels, Rocky Reels is a drive-in movie theater, and has many of the same buildings and features. The main difference is that Rocky Reels is located in a dry desert area (instead of nestling in a temperate, wooded environment), and is surrounded by rocky mountains, hence its name.

Related: Where is The Rock in Fortnite Chapter 3 Season 1?

Daily quests sometimes require a visit to Rocky Reels (to harvest a specific resource, for example), and it’s generally a pretty good area to drop and/or make a stand-off. It’s got lots of buildings for cover, and they’re full of resources and items. If you need to leave in a hurry, there are also lots of cars to commandeer. It’s also fairly central, so in most matches, you’ll be able to loiter in or around Rocky Reels for most of the duration without being bothered by the storm.