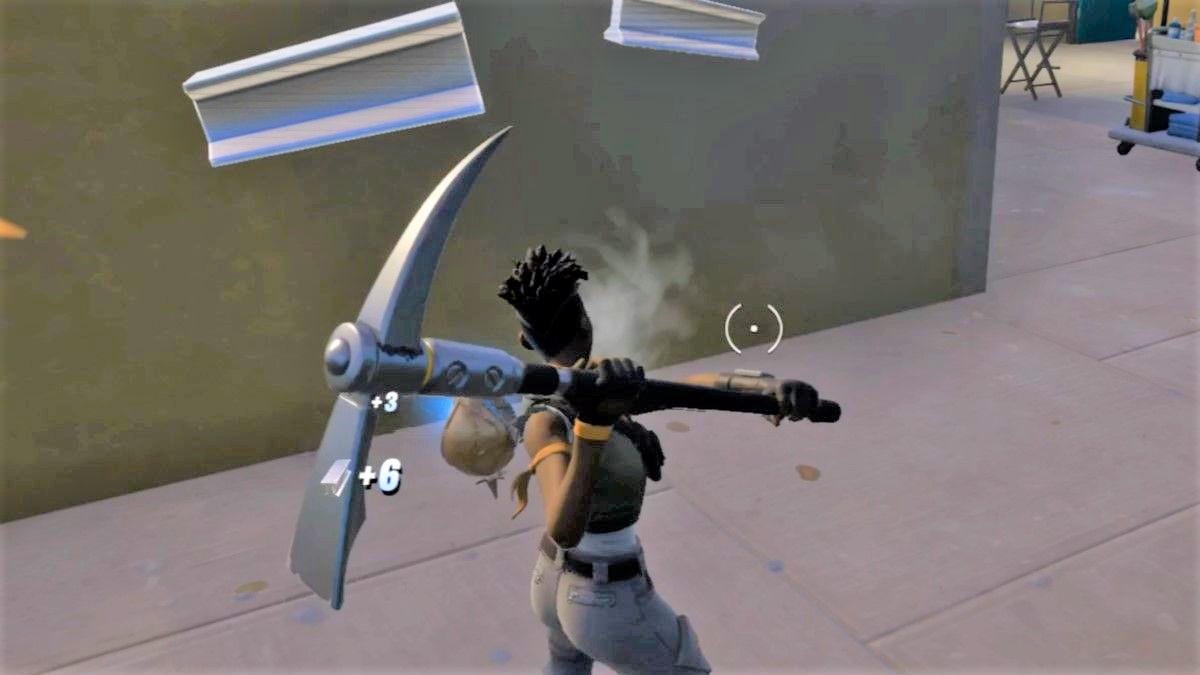 Rocky Reels is a drive-thru movie theater and movie production studio located to the south of the center of the Fortnite Chapter 3 map, between Greasy Grove and The Joneses. If you get a Quest requesting that you harvest Metal at Rocky Reels, it’s worth going straight there at the start of the match and collecting as much Metal as quickly as you can. There’s plenty of it, so it’s a pretty easy way to get a lot of XP fast.

Inside the buildings at Rocky Reels, there are lots of objects that yield a small amount of Metal. These include road cases, shelves, film cases, lights, screens, and cameras. Outside the buildings, you can get metal from fuse boxes, dumpsters, and garbage cans.

Related: Where to Harvest Stone at Shifty Shafts in Fortnite Chapter 3 Season 1

The building on the north side of Rocky Reels has two bathrooms, both of which contain soap dispensers, towel dispensers, and hand dryers, all of which yield a little bit of Metal. And upstairs in that same building, you’ll find metal tables and chairs, as well as a DJ booth, which yields a large amount of Metal.

It’ll take a little while seeing as you’re mostly harvesting a small amount of Metal at a time, but you should be able to get a couple of hundred Metal within about 5 or 10 minutes, depending on how many other players there are around.