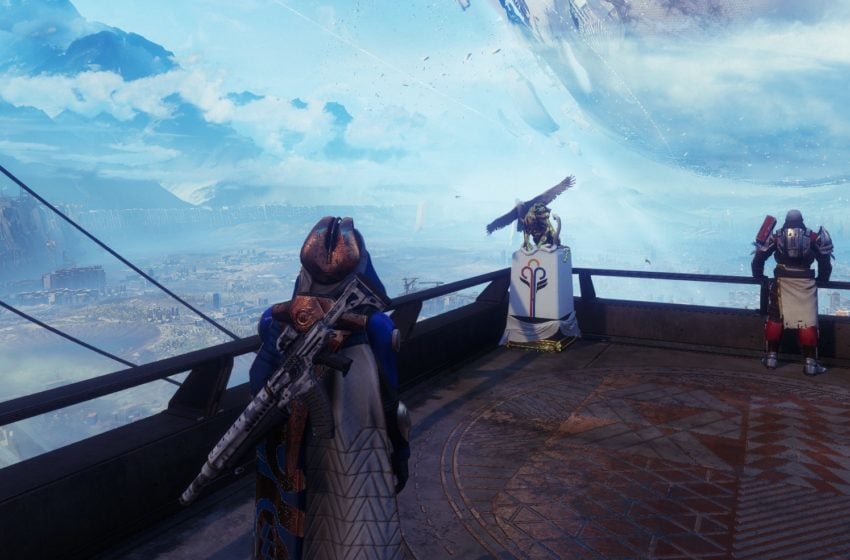 The first-ever Guardian Games are over, and the Titans have been declared the winner. With many people feeling like it would be impossible for the popular Hunter class to lose, Titans pretty much left everyone in the dust, easily winning the event.

Some people point out that this is indicative of the mentality of Titan players. They never see a lost cause, or a reason to stop fighting, especially when the pay off is going to be minimal.

As a reward, a statue has been placed in the Tower to mark their victory. If you were expecting a massive and imposing statue, showing the broad shoulders, thick armor, and dense head of a Titan, then you were way off.

The statue can be found beside Zavala, and it is…well…miserable. We would suggest you visit it at least once, just to have a look, and then we all never speak of it again. The statue is tiny, a strange combination of a lion, a hawk, and a snake. The lion is gold, to signify that it is the winner, while the other two are not gold, to imply that they are living in loser town.

The reason reactions to the statue have been either muted, or derisive, is because it was obviously just a one-size-fits-all statue. Whoever won, the statue would be the same, the only difference would potentially be whatever animal was gold. For many people, this sums up the current conveyor belt of bounties and grind that Destiny 2 has become.

Lots of effort, for little reward.