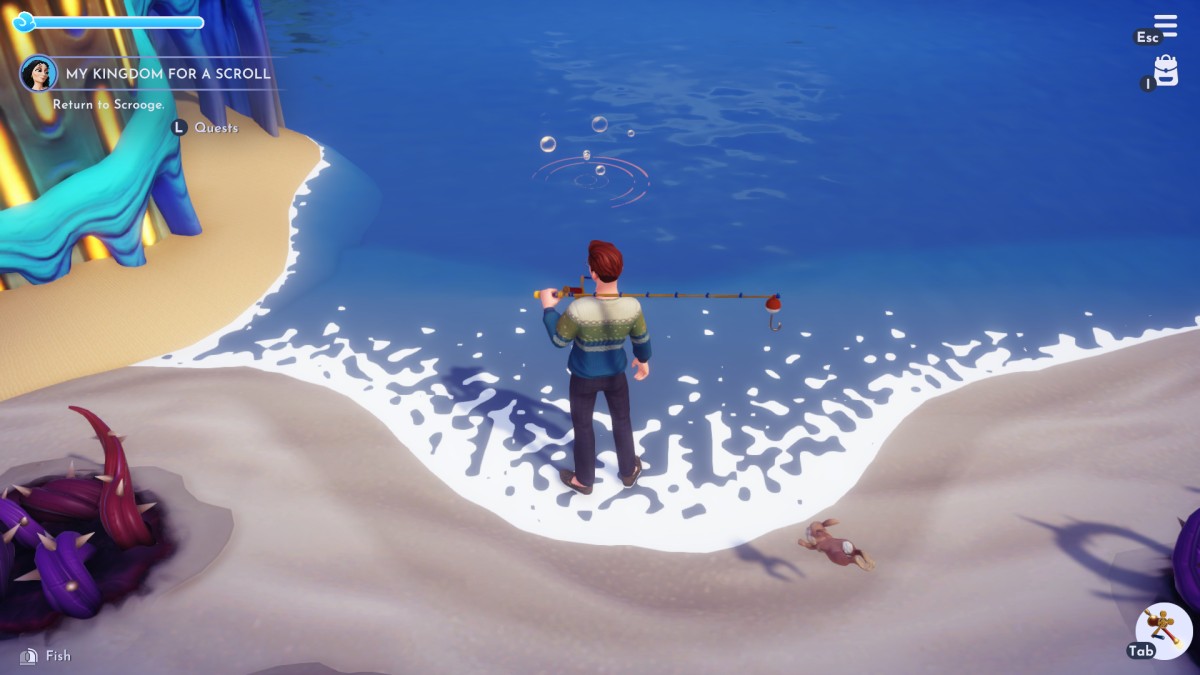 Disney Dreamlight Valley contains a variety of fish that you’ll be able to catch as you progress through your adventure. Each biome that can be unlocked in the game also has its own specific set of species making each location unique. One particular type that you’ll be able to acquire as you explore the Valley is the Kingfish. Here’s where you can catch it in the game.

How to catch Kingfish in Disney Dreamlight Valley

In order to catch a Kingfish in Disney Dreamlight Valley, you’ll have to use your Fishing Rod on gold fishing spots at the Dazzle Beach biome. Keep in mind that you will also need to spend 1,000 Dreamlight before you can access this area of the Valley.

Related: How to unlock Buzz Lightyear in Disney Dreamlight Valley

It’s also important to note that Kingfish isn’t the only kind that you’ll be able to catch in gold fishing spots. You also have a chance to obtain Swordfish as well, which means that what you acquire will be entirely random. Fugu can also be caught in the same spots, but they only appear when it’s raining so they won’t be as common as the other two.

If you aren’t immediately able to collect Kingfish you’ll have to wait for gold ripples to respawn because the other fishing spots contain completely different varieties. Once you are able to gather one, you’ll be able to either sell it, consume it, or make it into one of the game’s many recipes.

Selling it will net you exactly 450 Star Coins, which is a decent amount compared to most fish varieties. Consuming it restores 800 Energy, which is enough to fill at least half of your Energy bar. Finally, you’ll be able to make Sweet & Sour Kingfish Steak which can be sold for 702 Star Coins and restores 2,292 Energy.