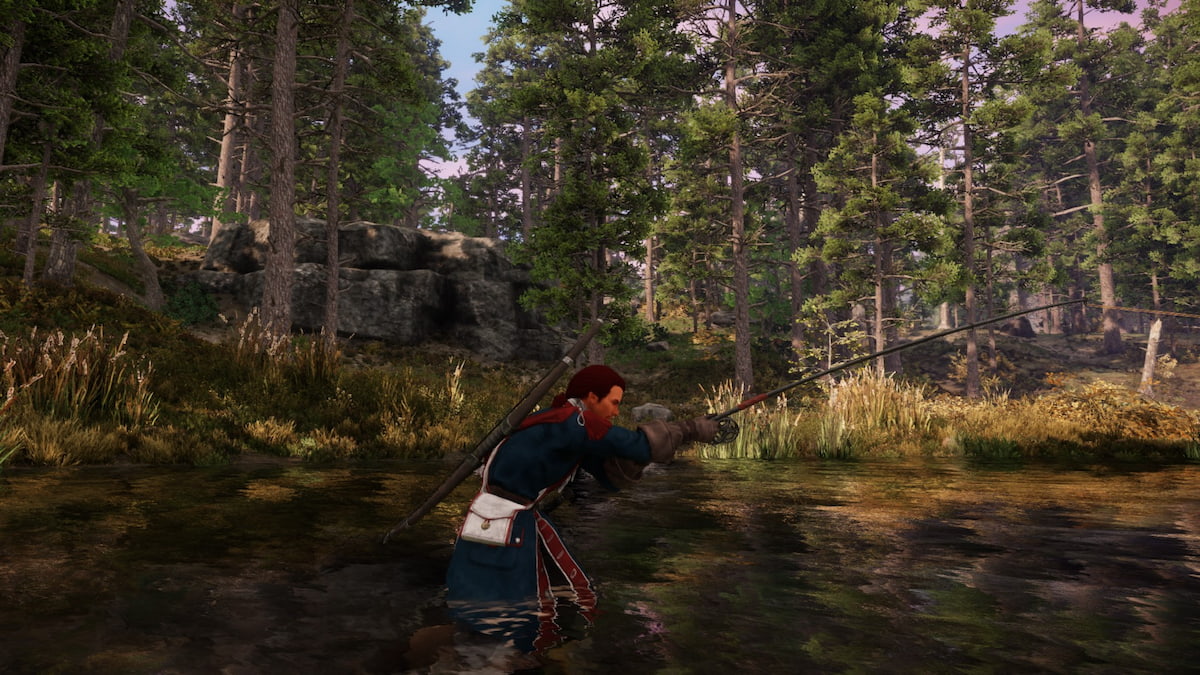 Tadpoles are one of the many fish you can catch in New World. How you go about acquiring them is a little bit more complicated, but if you’re familiar with fishing, you’ll have a decent idea of what you need to do. We highly recommend you go out of your way to locate plenty of Firefly Bait and have them at the ready before you get started. This guide will help you catch Tadpoles to complete any of the many trade quests in New World.

When you have enough bait, you’ll need to find a fresh water source somewhere in Everfall, Windsward, First Light, or Monarch’s Bluffs. All of these locations contain numerous freshwater sources and fishing hotspot locations in their significant rivers. While a fishing hotspot is not required to capture tadpoles, it dramatically increases your chances of catching them with your fishing pole.

After you find a suitable freshwater spot that you like, it all comes down to playing the waiting game and hoping tadpole takes a bite on your line. Many players have caught this fish in shallow water, but we’ve also captured it in very very shallow and deep water spots. What helps is having Firefly Bait, especially if you’re fishing on the side of a river. They’re a tier-three fish, so they will put up a fight.

Once you’ve captured a tadpole, you can turn it in at a town hall accepting those for quests, or you salvage it to loot Air Motes.