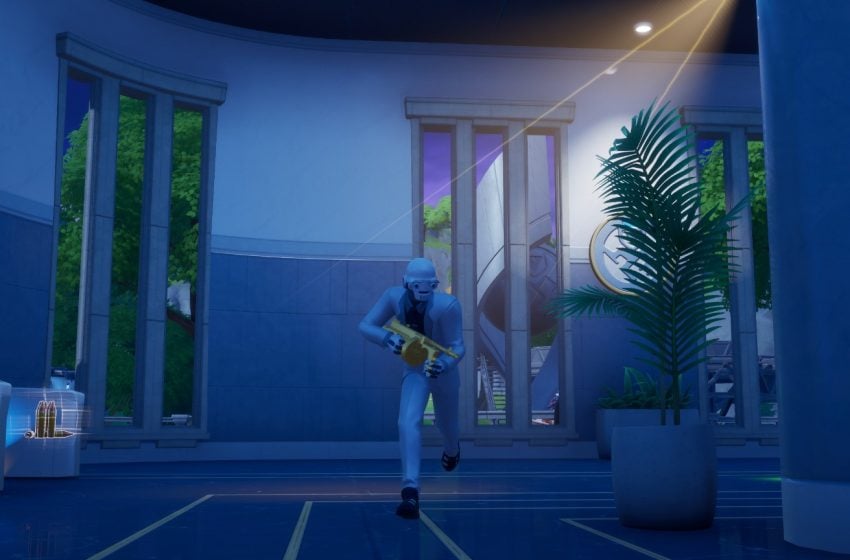 One of the Brutus’ Briefing challenges this week is to enter a Shadow Safe House three times. These are pretty well spread out, so you may not be able to do them all in one match, but the good news is that you don’t have to.

So far, we know the locations of five different Shadow Safe Houses in the game. This may not be all of them, but it is enough to get the challenge done. You don’t need to do anything special at these locations, just enter three of them in total to complete this challenge.

If you make your way to Pleasant Park, and the small shop about halfway up the village as you head north, you will find a portable toilet behind the building. Step inside to be whisked away to the secret base.

Shadow Safe House Beta can be found to the west of Frenzy Farm. Across the river, you will find a gas station, with the entrance to the safe house being a portable toilet in a red brick building at the back.

Shadow Safe House Charlie is located to the north of Frenzy Farm. You need to travel nearly to the coast, where you will find a building filled with Henchmen. For a sneaky way to enter, jump in the trash bin at the front of the building.

Shadow Safe House Delta can be found on the larger island in the lake to the north of Misty Meadows. It’s the only building on the island, with four or five Henchmen patrolling the area.

Shadow Safe House Echo can be found between Holly Hedges and Sweaty Sands. It is a small red building made out of wood roughly halfway between both named locations.

You can find the full list of Brutus’ Briefing Week 2 challenges below: