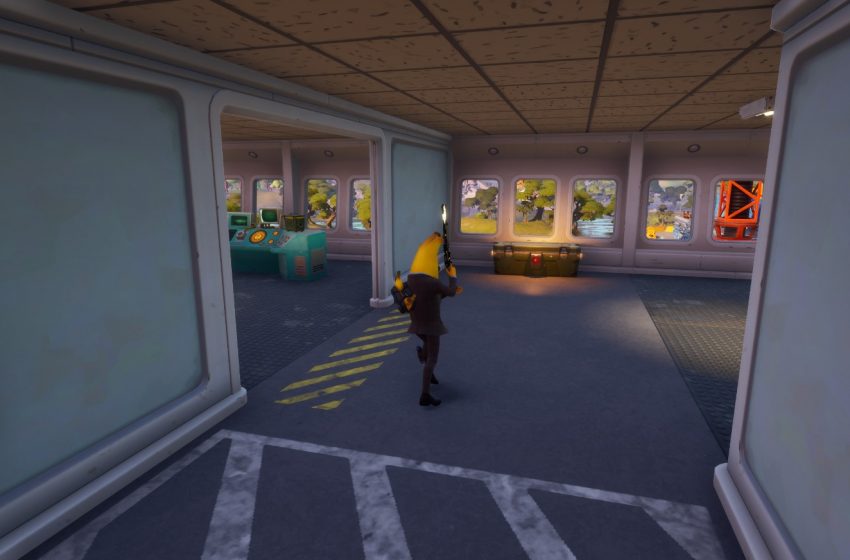 Fortnite Chapter 2 Season 2 has introduced a new type of chest. These large chests can be found in new locations such as the Rig, the Shark, and the Agency headquarters. They can also be found at secret bases hidden in the game, such as the one at Pleasant Park.

The chests need to scan you, but will just tell you that they cannot open, and are for Henchmen only. The good news is, chests are dumb, and you can easily trick them. The first method is to throw on a disguise using a phone booth. Phone booths can be found in the new locations, and entering them will allow you to dress like a Henchmen. You can then go to the chest and fool them into opening for you.

The second method is even simpler. If you cannot find a phone booth, look for Henchmen. Shoot them and they will get downed instead of dying straight away. Run up to the downed enemy and you will have two options, you can either give them a shakedown, or carry them. Select the option to carry them, then bring them to the chest you want to open.

Interact with the chest again and you will hold them in front of you, the chest will scan them, and you will be able to get at the sweet loot within. If you are wondering if the chests are worth the effort, the answer is yes. They contain far more loot than the standard chests you will find in the game, often dropping multiple weapons with great rarities, healing and shield items, and also awarding you with plenty of XP.