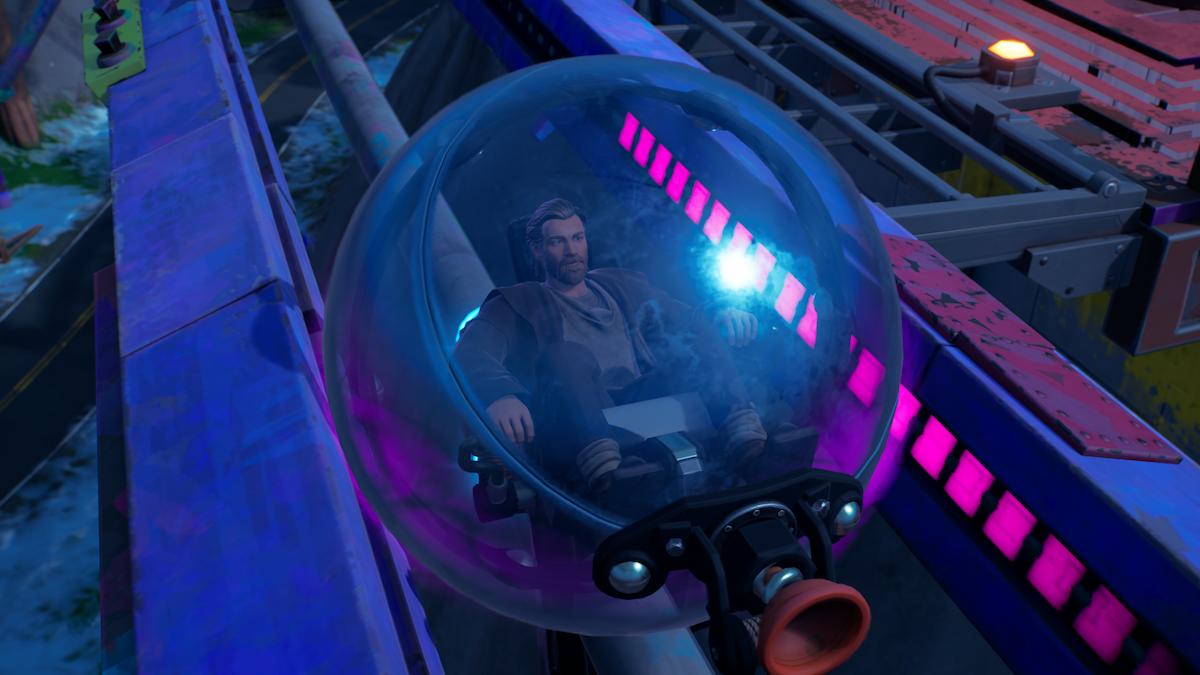 The third season of Fortnite Chapter 3 reintroduces a vehicle that has been absent for quite some time: The Baller. This vehicle was previously vaulted at the start of Chapter 1 Season X — which was almost three years ago.

Now, as the dust settles from the epic mech fight featured in the Collision event, Ballers are back in the battle royale; here’s where to find them.

In our experience, we most commonly found Ballers at Rave Cave, which is a new point of interest residing where Command Cavern used to. You’ll find this location southwest of Logjam Lumberyard. We’ve also marked it on the map below:

We recommend entering the Rave Cave POI from the south. More often than not, we’ve found that a Baller will spawn just inside of a large, mostly-opened garage that has roller coaster tracks going through it located at the southern part of the POI.

How to drive the Baller

You can move around while piloting a Baller by using the left analog stick, but you’ll definitely cover more ground if you can get the vehicle’s grapple function down. By pulling and holding RT/R2, you can fire a grapple projectile. If this projectile hits something, keep the grapple button held down to pull yourself toward whatever it is you just latched onto. Then, as you swing around your grapple point, release the trigger to send yourself flying.

Related: How to ride animals in Fortnite

To gain a bit of extra momentum, you can tap the jump button for a short boost of speed. You can also move backwards/sideways while latched onto an object by holding down LT/L2, but we never found much use for this particular feature.

If you get a solid grapple point, gain a good bit of momentum, and time your speed boost just right, you can cover a ton of distance in this vehicle. It can come in handy if you need to make a quick getaway, or if you need to outrun the storm. Just don’t expect it to be useful in combat; it has no offensive capabilities.

Can you refuel Ballers?

Unlike other Fortnite vehicles, Ballers are not refuellable. They seem to run on electric energy, while most of the game’s other rides are gas-operated. As such, you shouldn’t expect to roll around the entire match. However, there is a way to ride Ballers around for a seemingly infinite amount of time if you’re looking to quickly knock out the Zero Week “Travel 2,000 meters in a Baller” quest.

At Rave Cave, the same spot where you’ll likely find a Baller, you can move a Baller onto the roller coaster tracks present there. While on the tracks, Ballers won’t lose any battery life, and you should be able to earn a cool 15,000 XP within a few minutes just for going on a joyride around the former IO base.