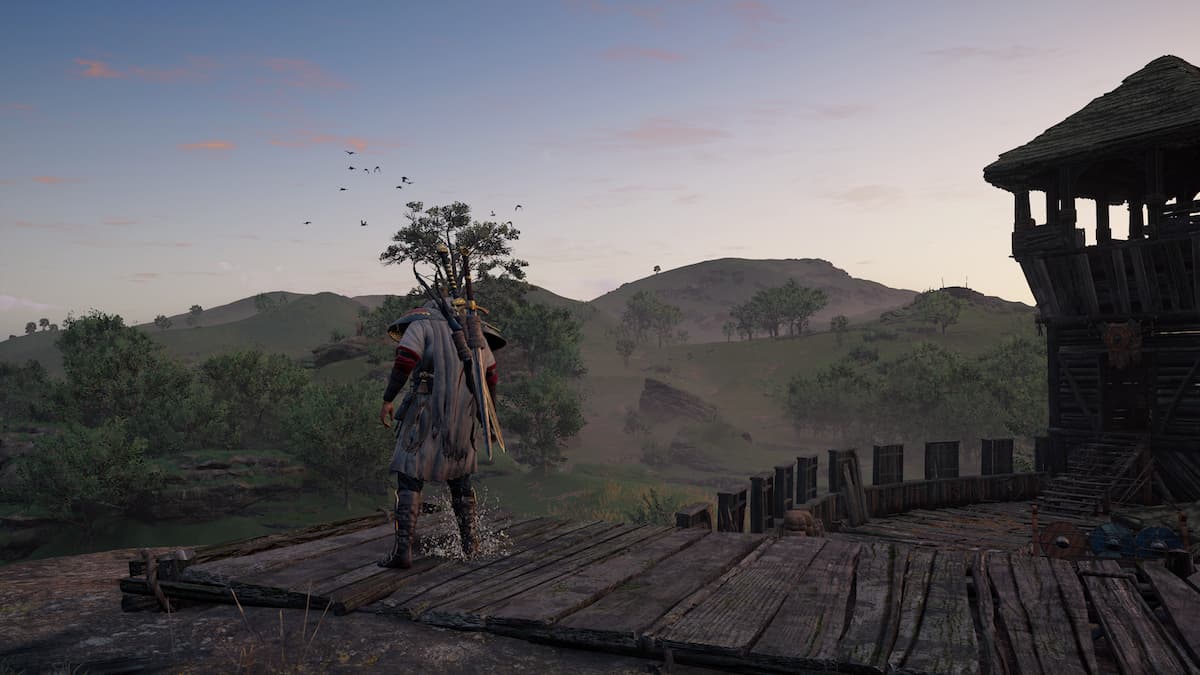 After you’ve arrived in Dublin in Assassin’s Creed Valhalla’s Wrath of the Druids DLC, you’ll be greeted by Bárid, Eivor’s cousin who has become a high king in Ireland. You’ll be given a brief tour of the town, and meet his son. Shortly after this meeting, Bárid will seek a private moment to visit his father’s grave, and you’ll need to find this location, which is not detailed on the world map.

There two clues to Bárid’s location. He is at his family burial ground, south of Dublin, and the location is at the top of a hill. Although the game sets the camera to the direction of numerous large hills overlooking the city of Dublin, the cemetery is not too far away from the city. You can quickly find it using your Raven. You want to find the large tree overlooking it, and while you’re using your Raven, you should see the area become highlighted.

The exact location is called Gortknaw, and it is directly south of Dublin. When you arrive, head to the top of the hill, and you will speak with Bárid about his father, his family, and Eivor’s history with him.

After you’ve spoken with Bárid, the two of you will make your way down from the hill to return to the city. On your return to the city, you’ll be ambushed by Thorstein’s men, rivals of Bárid’s claim to the throne. Eivor offers to remove Thorstein and to fight on Bárid’s behalf.