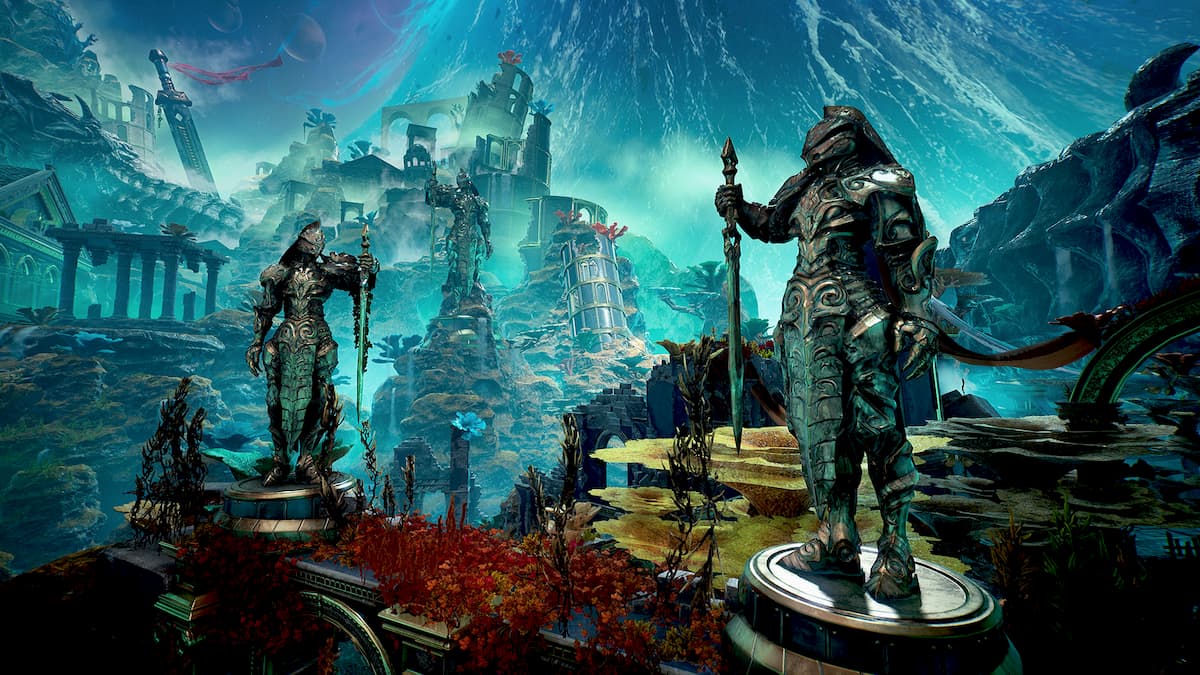 Finding resources in Godfall requires you to visit and travel between various realms in the game. There will be regions that only provide you with specific ones, so you can expect to never find any Infused Jasper if you’re in the Water Realm. You can receive a handful of resources between the regions, but they require you to take down specific enemies and foes. For example, Incarnate Essence will be a resource you receive by fighting harder foes, and finding them takes some investigation.

Incarnate Essence drops off of midbosses and elite foes. The elite enemies you find are a bit more common than the bosses. These foes typically show up when you try to complete hidden missions, the ones you find by using your Spirit Vision. These foes have an “elite” in their name, and they usually have a second layer of health you have to breakthrough. Once you destroy this layer, they’re ready for you to take down, just like any other minion you’ve come across. But they do hit a bit harder and have distinct visuals to make themselves stand out from the common rabble.

The midbosses significantly stronger than the elite enemies. Midbosses typically have a lot more health, hit a lot harder, can take a lot more punishment, and they have an extremely unique look. You can expect to fight these on story missions, and you can even find them by participating in the hunt and unique missions.