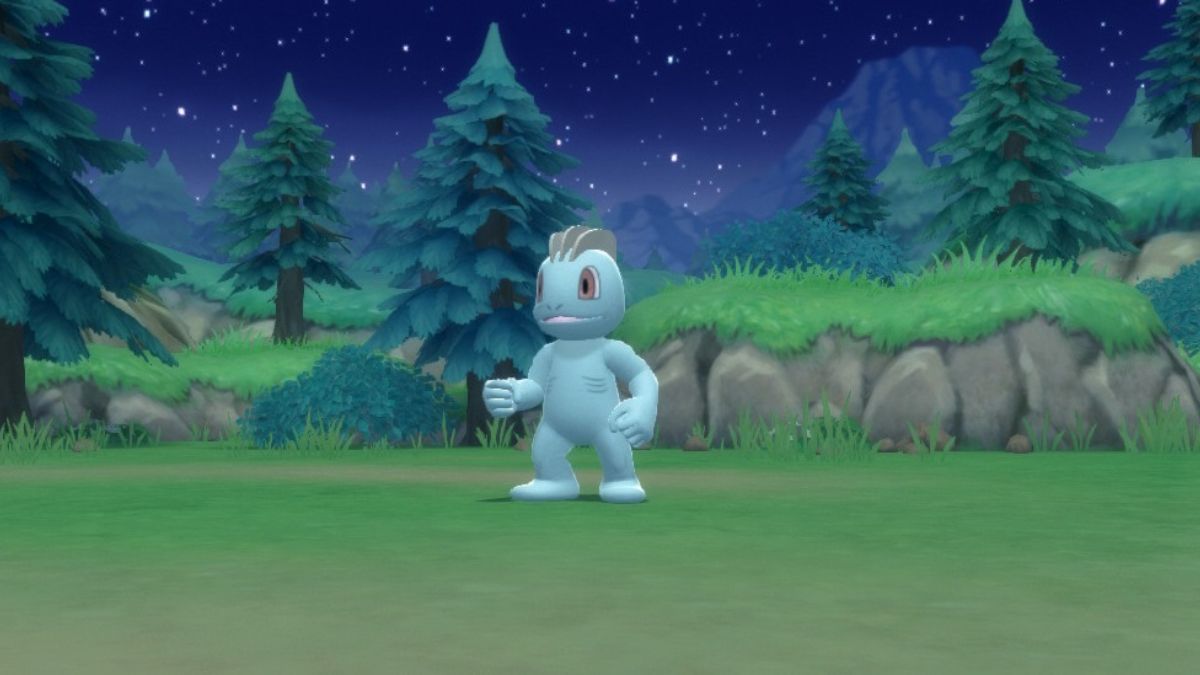 The fighting type Machop has returned in Pokémon Brilliant Diamond and Shining Pearl and presents a strong early pocket monster to propel you forward. You can also trade the cute fighter for the psychic Abra in Oreburgh City.

Machop can be found on Route 207, which is north of Oreburgh City. To get there, go to the top-right path of the city near the Mining Museum and the Pokemon Center. After following the path up, you’ll find a small patch of land where the fighting type hangs around at.

You’ll see a lot of Zubat and Geodude in the area as well, but don’t despair. You’ll see a Machop eventually. Just keep running away with a Pokémon that has a high-speed stat, so you are more likely to escape and find a Machop quicker.

Once you’ve caught the Machop, you can go back to Oreburgh City if you are looking to trade it for an Abra. On the top left of the city, you’ll find two taller blue buildings. Go to the second on the right. Inside, you’ll find a little girl with a pink handbag. When she asks if you’d like to trade your Machop for an Abra, select “Yes” and press A. You can find the Pokémon she desires in your party or in your PC boxes.