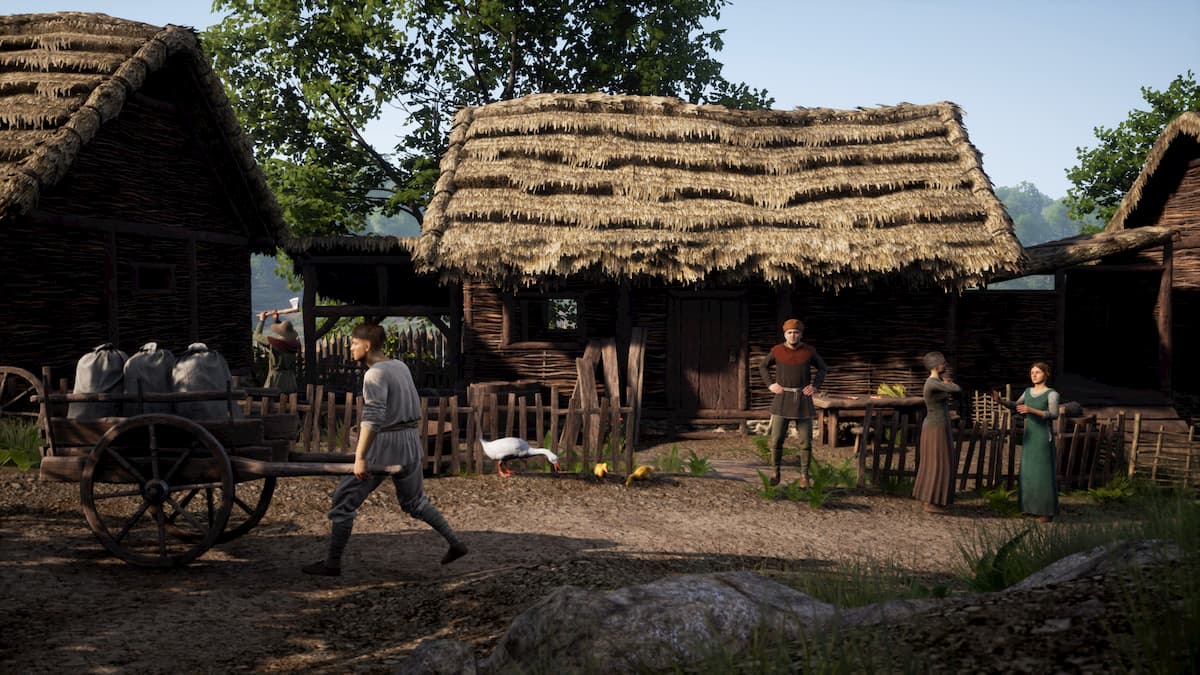 The first thing to get to grips with in Medieval Dynasty is gathering up plenty of resources. Some of them are easy to find, while others are a little more awkward. In this guide, we will run through how to get sticks, rocks, logs, and straw, all of which will be important when you first start playing the game.

Sticks are quite easy to get. You can find them lying on the ground under large trees, or you can get them by pulling branches off smaller trees. Just about every tree around the starting village with either have sticks under it or smaller bushes nearby that you can get them from.

Rocks are a little more awkward, as they can be hard to spot. Oddly enough, the best place to look for these is not at the large outcroppings of stones you can find around the place, but near trees instead. They seem to be set up to spawn in the mossy grasses around trees and often be found near the Broadleaf Plantain plants. They can be pretty well hidden in the moss, so look for them carefully.

You can get logs by chopping down trees with a stone ax. First, you need to chop down the tree, then you need to hit it until it breaks into smaller logs. Don’t hit the logs, as this will simply harvest sticks. Instead, pick up the logs, but be advised that they are very heavy. It’s a good idea to pick them all up, go into your Inventory, and then drop them, as they will fall to the ground as a tidy stack.

Straw is an awkward one, as you can get it from Reeds, but they need to be in a certain stage of growth. Head for the river, then walk up the bank, past all the fully grown reeds. You will come to a patch of younger reeds that you can harvest to get straw.