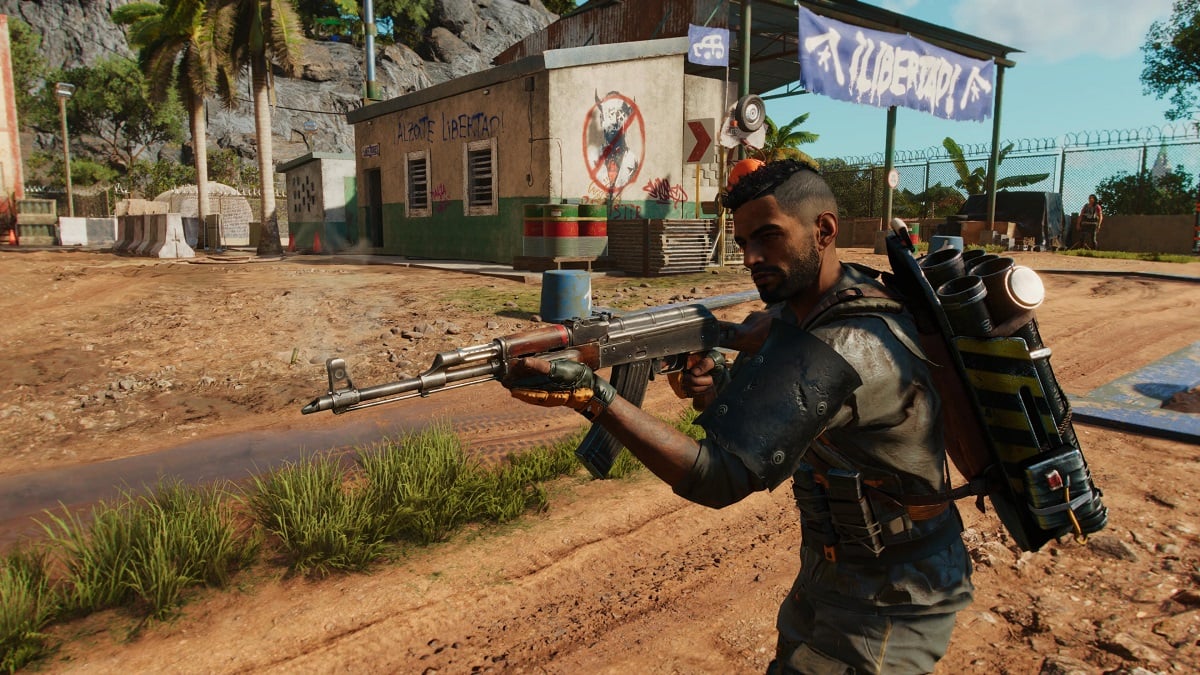 The AK-47 is one of the most referenced weapons in gaming; it’s in Call of Duty, Battlefield, even Vampire The Masquerade: Bloodhunt. The tradition continues in Far Cry 6. Its handling and velocity are decent, while its damage is lower than other assault rifles. To complete your weapon collection in the game, here’s how to find the AK-47.

You can find the AK-47 in multiple ways. First, you can find it within Juan’s Arms Dealer. The weapon will be available to buy from the beginning for a cheap 500 Yaran Pesos. You can also find it at a level one Guerrilla Garrison, but strangely, the AK-47 is slightly more expensive at this location.

If you don’t want to spend the money, though, you can get the AK-47 from RND caches all over Yara. So far, we haven’t found it, but as it’s a relatively common drop, you’ll likely find it eventually. RND caches can be found in military-controlled areas like checkpoints, anti-aircraft facilities, bases, and other military targets.

The AK-47 has the following statistics:

There are certainly stronger weapons than the AK-47 within Far Cry 6, like the M16 A1 and the Surf & Turf assault rifles. It might be worth saving your money instead.