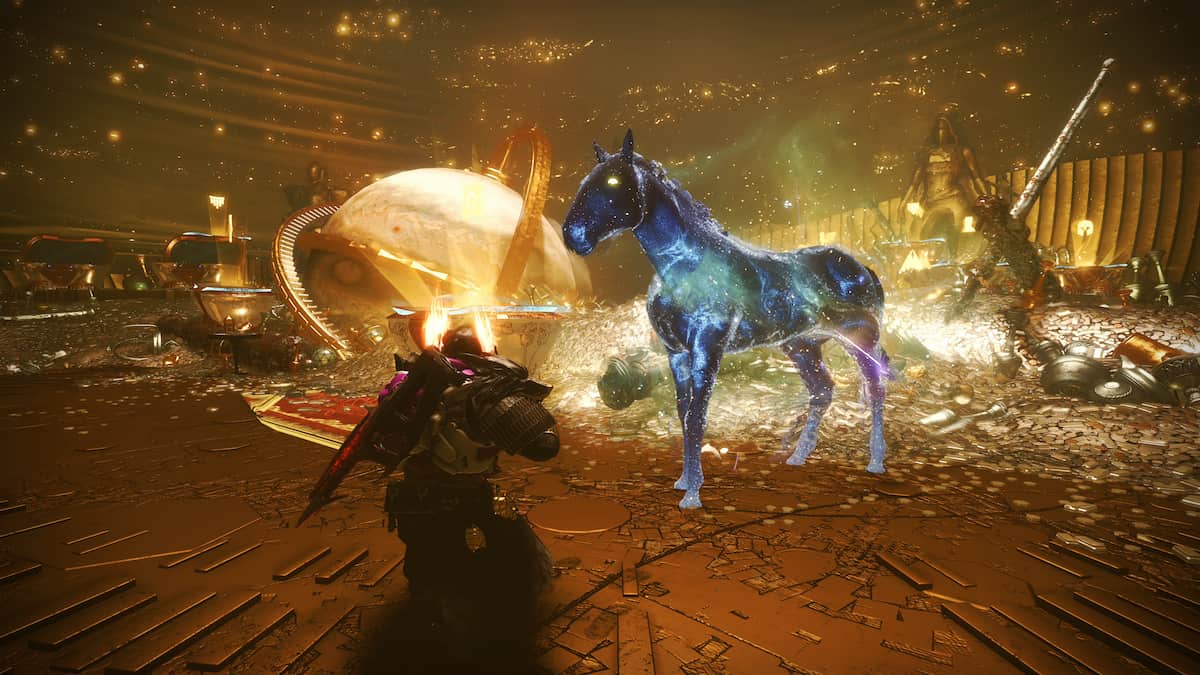 Destiny 2 Season 17 Season of the Haunted delivered a new patrol zone, the Leviathan ship. Patrol areas are open-world environments with multiple activities that push guardians and their builds and contain powerful new gear and items to pursue. This new zone comes with a difficult public activity, called containment, and several new things — one such item is called Opulent keys. These keys open powerful chests, but cryptic hints are the only clue they leave for players to decipher. This guide will break down the “among stately columns” Opulent chest.

Related – How to find Opulent keys in Destiny 2

The Castellum is the only starting spawn area for this destination, so this is where we begin our hunt. Walk out of the small room you arrive in to see the opening area pictured above and a handful of Cabal lurking below.

Right ahead of the starting zone has an imposing structure with a massive opening located under the gold ceiling. Head under this enclosure to find the door and proceed to the next area.

This doorway is under the gold enclosure and will lead you out of the starting Castellum area and direct you into the Royal Pools. The Opulent Chest needed for this key is inside the Royal Pools area. Follow this twisting hallway, as it only takes you in one direction the entire length of the passage.

This corrupted statue of Calus will greet you upon entering the Royal Pools area. Pay special attention to the right-side wall with the statue directly in front of you, as pictured above. It will feature several closed-off gates, but stick to the right-side wall, and you will shortly encounter an opening.

As soon as you take a right into the opening in the wall, you will see a dark room with massive gold columns along the far side wall. Between the two giant columns, you will find an ornate chest sitting neatly between them. These are the stately columns, and this chest is the one you need to use the key on.

All that’s left is to walk up to the chest and open it with your Opulent key. Opening this chest will award Crown of Sorrow reputation and a slight chance of dropping a new Season of the Haunted weapon.