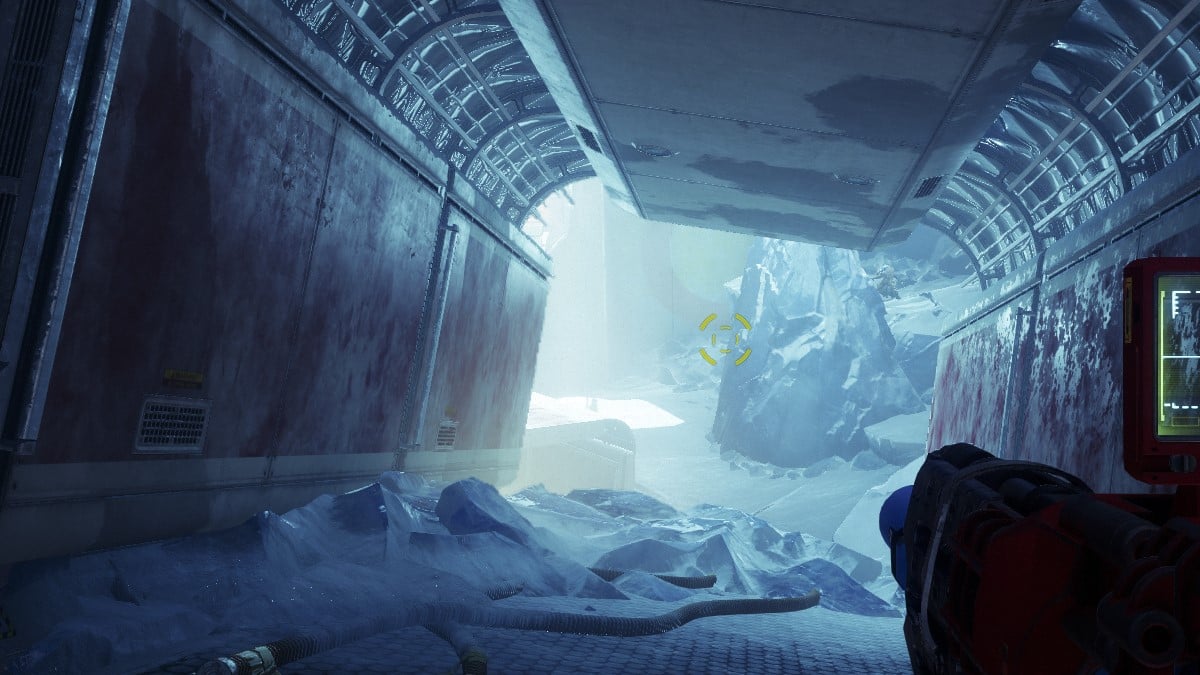 Bunker E15 is a Lost Sector that was introduced to Destiny 2 with the Beyond Light DLC. You can find it in the very northern part of the Europa map, an area called Eventide Ruins.

To get there, spawn in at the spawn point near Variks at Charon’s Crossing, then hop on your sparrow and start moving to the left of Varik’s little hideout. Just keep head straight along the road, without any major left or right turns at junctions until you hit a tunnel. This tunnel will lead you to Eventide Ruins.

When you get there, you will noticed a massive building in front of you with a small door in the side. Head in that door and then turn right. You will see a broken gap in the wall with some iciles on top of it. Jump up and into the gap, then drop down on the other side.

It is actually quite an awkward spot to find. You will need to make your way to the Eventide Ruins area, then head to the left side of the huge building in front of you if you are arriving from Cadmus Ridge. You will find a door up some stairs and can head inside. Turn left and you will see a break in the wall. Jump in there and follow the tunnels to get to the Lost Sector. Bunker E15 Lost Sector has a recommended Power level of 1210, so definitely don’t go there too early or you will get destroyed by the Fallen that inhabit it.