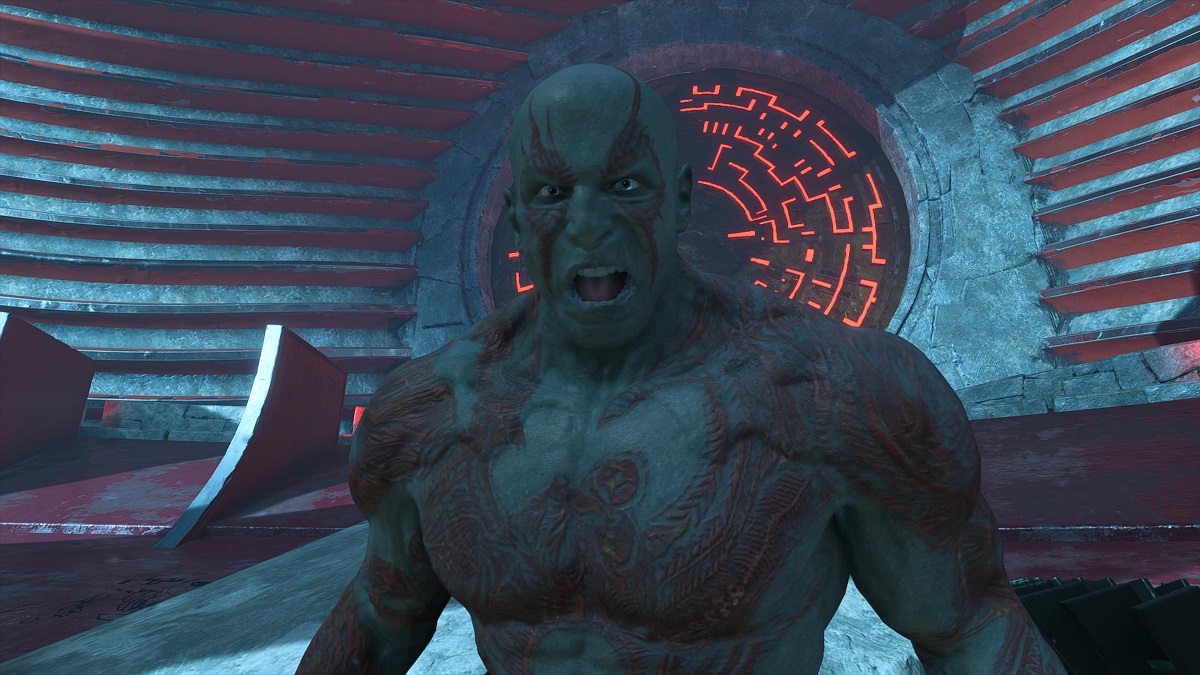 Drax the Destroyer, the one who struck down the Mad Titan, has an MCU outfit inspired by the 2014 movie Guardians of the Galaxy in Eidos Montreal’s game adaptation. Players can don the look that Dave Bautista helped popularize around the world within the Marvel’s Guardians of the Galaxy video game. Here’s how to find this popular outfit from the game.

Outfits can be found in Marvel’s Guardians of the Galaxy by opening purple crates throughout the game. They’re usually in inconspiculous areas.

Drax’s MCU outfit can be spotted within Chapter 4 after you give her Rocket or Groot. You’ll sneak into her throne room by maneouvering around the guards. You’ll find the crate that holds the Bautista look to the left of Lady Hellbender’s throne room. It’s behind her giant rocky throne that stands tall among the Guardians. To get up there, move to the left of the blue rock and go up the red barrier. Jump over it with Starlord’s boots. You’ll then find the purple box by itself, unopened.

To equip this outfit, go to the pause menu. Next, hover over Drax by tilting the left analog stick left twice. Now, press the triangle button to boot up the outfit menu. You’ll realize when you equip it, that it’s surprisingly different from Eidos Montreal’s take on the character. Alongside it, you’ll get an amusing paragraph from Drax discussing the magic of film.