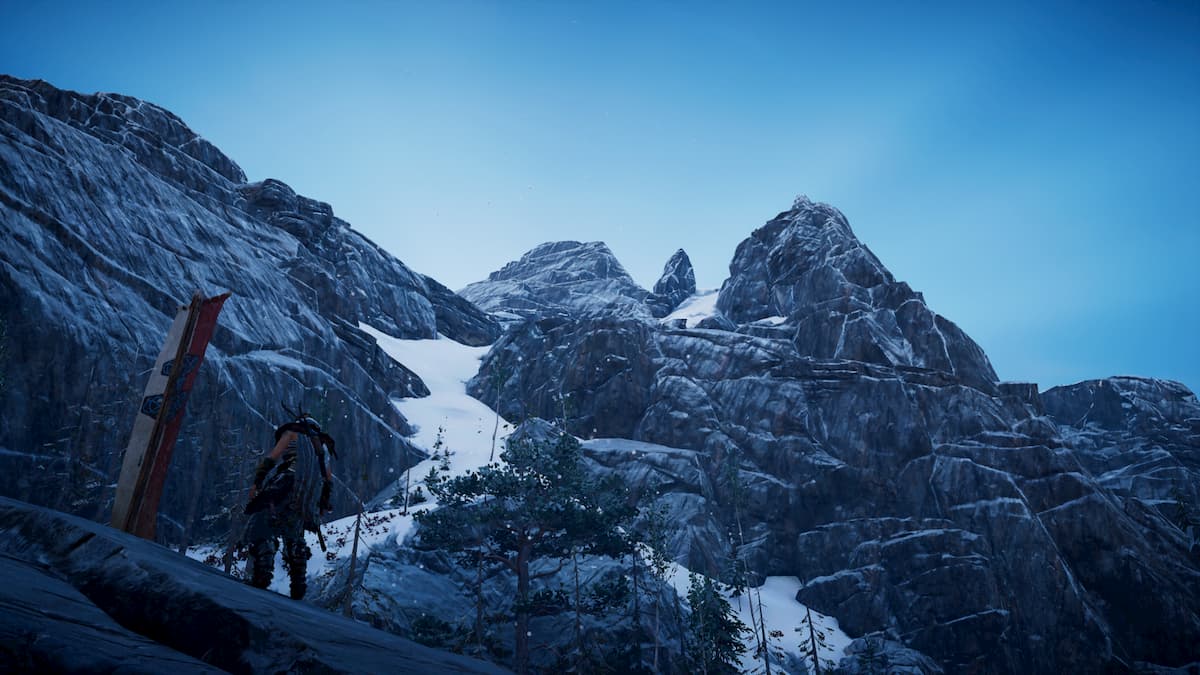 There are legendary animals for Eivor to hunt in Assassin’s Creed Valhalla. These extraordinary creatures will prove a challenging foe, but they’re well worth your time to hunt and kill while exploring the world. One of the first ones you can encounter in Valhalla is the Elk of Bloody Peak.

This particular animal is one you can find in the first region you start the game, Rygjafylke. You can encounter it at any time, though we recommend playing through a bit of the story to acquire some of the starting abilities. We were able to take it down before we had to travel to Alrekstad, so if you want to explore the Rygjafylke region before this point, this is a good time to hunt after the Elk.

The exact location of the Elk is close to the top of the mountain to the west of Fornburg. It is listed as one of the mysteries of Rygjafylke, so if you want to complete the game, you’ll likely encounter this fearsome creature eventually.

When you reach this location, the elk will appear. It is a large, white elk with a fearsome set of antlers. Given how powerful the storm is around this animal’s den, it makes sense it has such a beautiful white coat. The animal will likely charge at you for entering its territory and attempt to gore you with its antlers. When it attempts to charge at you, dodge, get in a few quick attacks, and then duck away. The Elk of Bloody Peak has a few basic attacks with its head, and it will attempt to kick you with its hooves. After you hit its three weak points, you can hit it with a powerful stun attack to do massive damage. But it won’t be out of the fight yet.

After the creature is defeated you will claim its head as a worthy trophy. Take it back to your hunter in your settlement to properly show it off. You do need to have the hunter unlocked to have access to this feature, though.