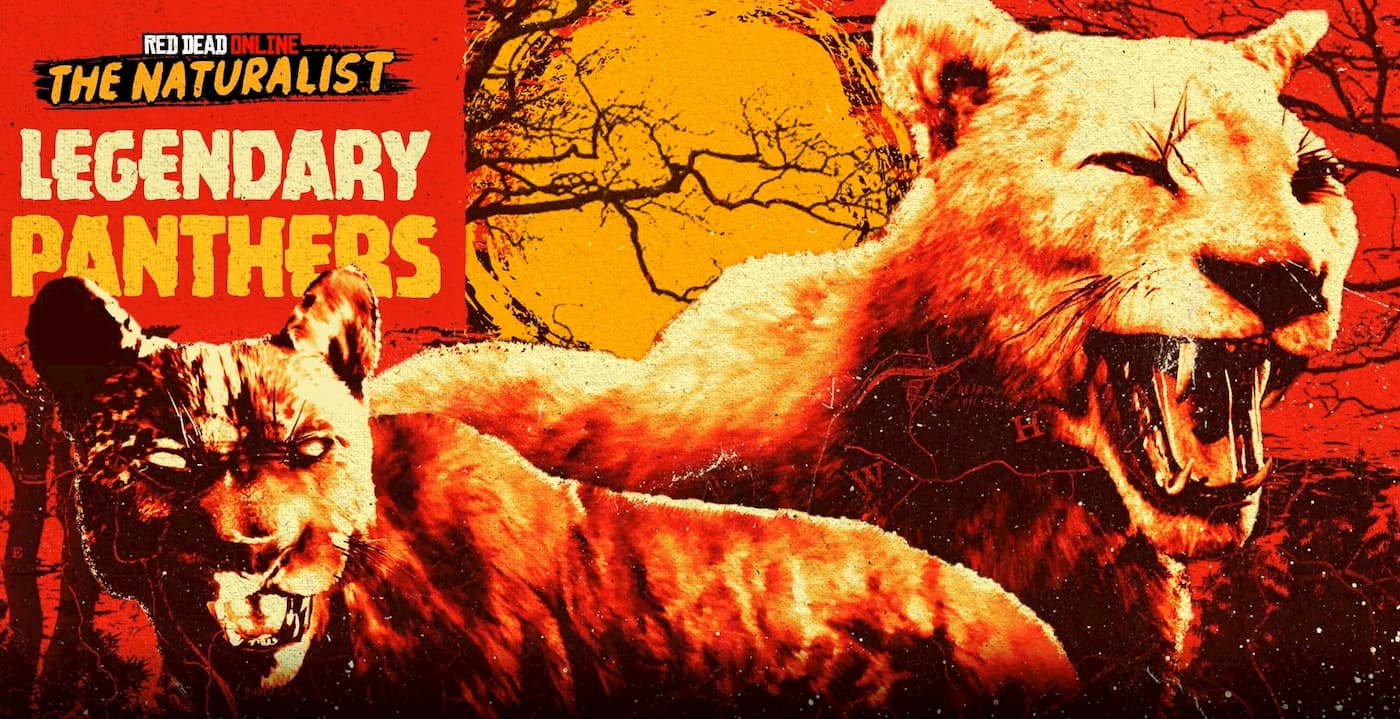 Two Free Roam legendary animals were added with the Halloween Pass update. While the cats are overshadowed by the new, spooky content, they are worth searching out for those with the Naturalist Role.

The two new cats are the Legendary Ghost Panther and the Legendary Nightwalker Panther. Both reside on the east side of the map in Lemoyne. The Jean Ropke map tracks their spawn locations based on user input, but some spawns may not be recorded yet.

Both panthers are aggressive, like their non-legendary counterparts. They will not hesitate to kill a player who gets too close. With the trees, mist, and other natural cover, the cats may see you before you see them.

Where to find the Legendary Ghost Panther

The Legendary Ghost Panther is an albino panther that hunts deer around Bluewater Marsh. The territory range is huge. This white cat can be found as far south as Bayou Nwa, bordering on the outskirts of Saint Denis.

The Ghost Panther prefers night time hours and rainy weather, according to Jean Ropke’s map. Lucky players may stumble upon the Ghost Panther outside of its ideal spawn conditions.

Where to find the Legendary Nightwalker Panther

The Legendary Nightwalker Panther is the opposite of the Ghost Panther. It is a dark cat with a small territory. While the territory might be smaller, it has a brief spawn window. The Legendary Nightwalker Panther prefers to hunt at dusk and during foggy weather. It can be seen around Bolger Glade in Southwest Lemoyne, south of Braithwaite Manor. The location is a common panther spawn, so expect to find more than one cat, even if it’s not the one you’re looking for.

The cats can be sampled or killed. Samples are sold to Harriet for a small sum of money while the pelts unlock expensive clothing items from Gus. Thanks to the Halloween update, there’s no reward for hunting or sampling the two Legendary Panthers.