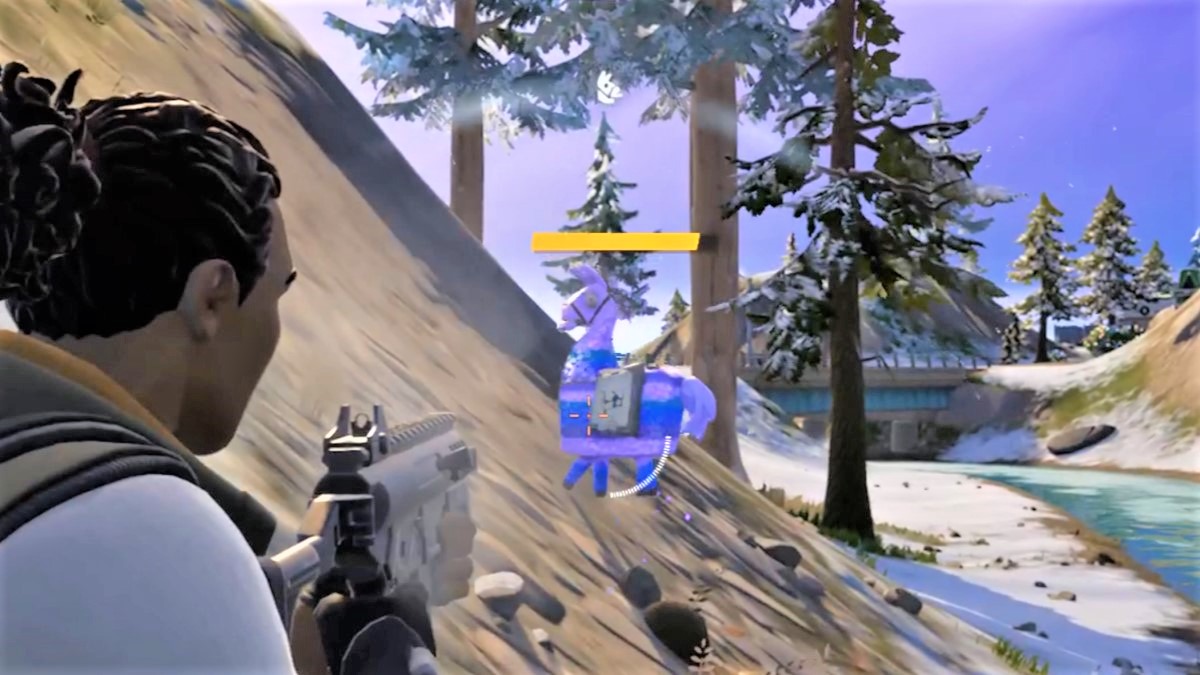 In Fortnite Chapter 3 Season 1, there is a Llama that spawns in the exact same place in every match. That location is in the riverside cabin called the Llama Homestead, occupied by Lt. John Llama, and is southwest of the Logjam Lumberyard in the northwest section of the map. The Llama Homestead is very close to Crackshot’s Cabin (otherwise known as the Nutcracker House), just to the west of it on the other side of a small mountain.

Llamas in Fortnite (otherwise known as Loot Llamas or Supply Llamas) look like piñatas, only they’re llamas and not donkeys, of course. They function like moving treasure chests and normally spawn in random locations. The Llama Homestead Llama is unusual because it always spawns in the same place. As soon as you get near a Llama, it’ll run away and, if you want to get the loot out of it, you have a few different options.

If you can keep up, you can use the interact button to open it peacefully, just like you would a chest. But that’s easier said than done. You can also hack wildly at it with your pickaxe, sword, or whatever custom melee weapon you have. Or, if chasing it seems like too much effort, you can shoot it. These Llamas are tougher than they look, though, so expect to use up quite a lot of ammo before it’s dropped all its loot.