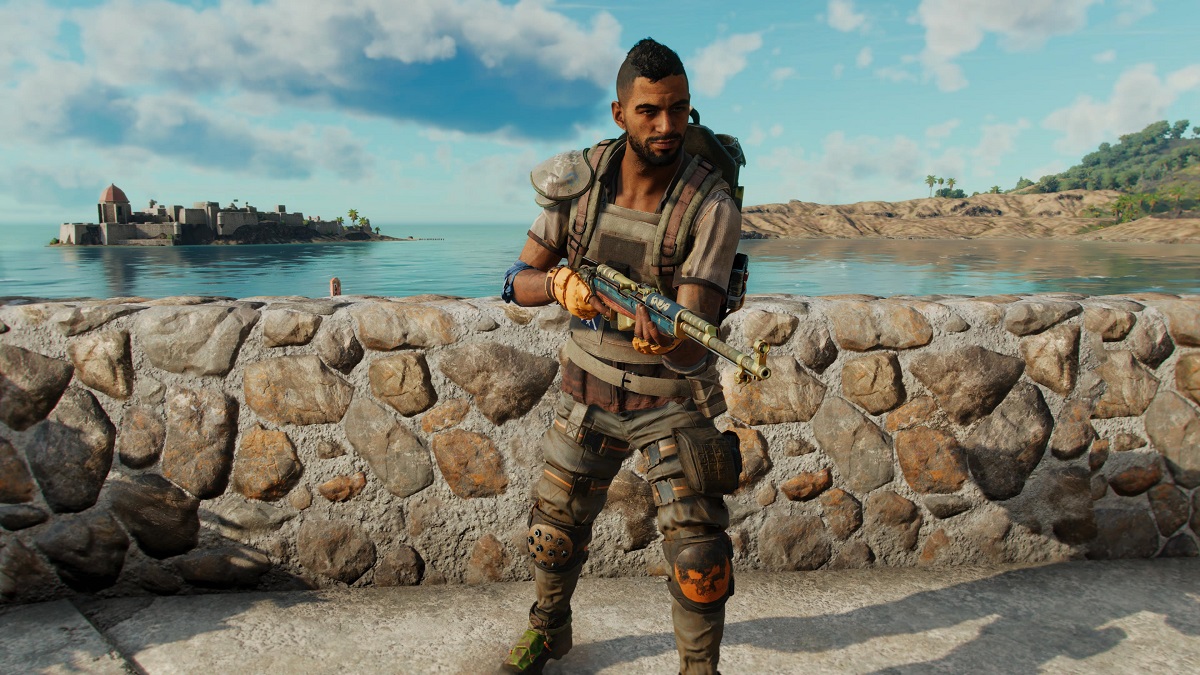 There are so many unique rifles in Far Cry 6, and the Noblesse Oblige is certainly one of a kind. With a stunning ornate design, this weapon can deal poison damage to your enemies. Appearances are sometimes deceiving.

Once you arrive, head down to the back of the building by following down the right path. As soon as you get close to the ocean view, turn around and enter the brown door. It’s next to some moss on the wall. Enter the room, and you’ll see models of the three soldiers. They’re called the “manufactured legends.” The person on the left has glasses and an afro, the man in the center is standing with his finger pointed forward, and the one on the right is bare-chested with a cigar in his mouth.

Below the models, you’ll find a glass cabinet. Knock the note out of the way with the right analog stick and open up the crocodile-adorned chest to find the Noblesse Oblige assault rifle.

The weapon has high velocity, a high rate of fire, but lower damage. It has two mods installed that improve the magazine size to 13 and increase aimed weapon damage. It also poisons once shot with a bullet. Thankfully, this isn’t as difficult to get as the Surf ‘n Turf rifle.