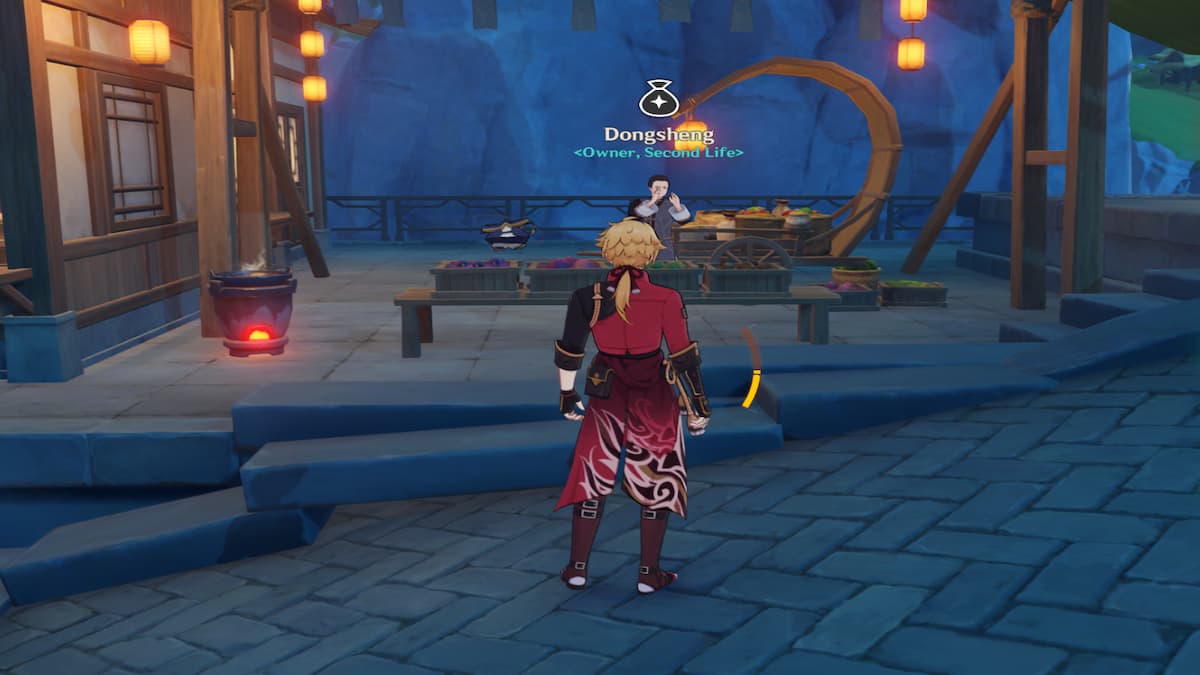 The Second Life Shop is a general merchandise store in Genshin Impact, located at the edge of Liyue Harbor in Liyue. The store sells numerous food items, such as Rice, Wheat, and Potato. This is your go-to shop if you ever need to buy any ingredients used in cooking or commission.

First, head to the location below to find Dongsheng. As stated, he will be at the edge of Liyue Harbor in his own shop. He’s right next door to Wanmin Restaurant, where Chef Mao works, and where you can do your cooking in Liyue.

Dongsheng only sells ingredient items here, which is a good way to expedite the cooking process instead of creating ingredients from scratch. Each ingredient here can be bought a maximum of 100 times per week. If you have the Mora to spare, it’s not a bad idea to stock up on these ingredients, so you don’t have to worry about missing one while cooking.

Here’s a list of all the ingredients Dongsheng sells at the Second Life store, as well as how much each ingredient costs:

This is one of the quickest ways you can ensure you have the ingredients to make Almond Tofu. Be sure to visit in a pinch if you want to cook some foods in Genshin Impact.