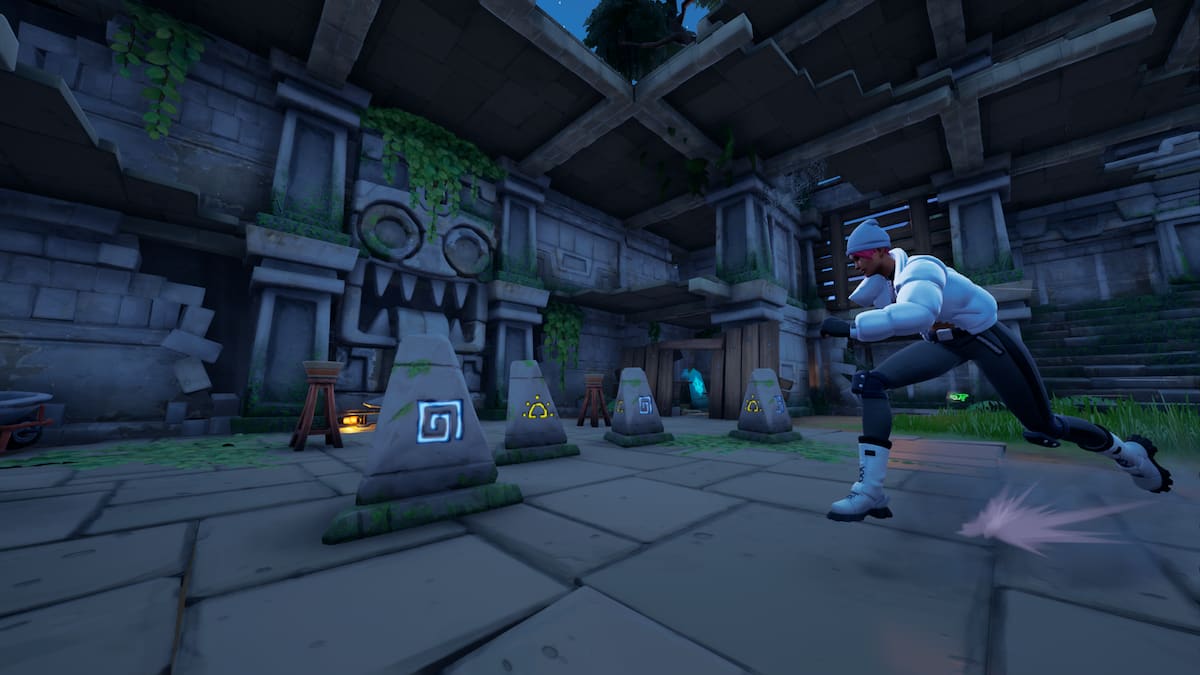 It’s very rare that Fortnite will ever hold puzzles within its map, but when it does you can expect it to lead to some excellent rewards. This happens to be the case with the secret door in the Shuffled Shrines location, as players will have to solve one complicated puzzle to open it and earn all of its goodies. Here’s how to break open this door and everything you’ll get as a reward.

How to find and open the secret door in Shuffled Shrines

The secret door in Shuffled Shrines is located at the very center of the location in an underground tunnel. You’ll know you’re in the right place when you spot four interactive stones nearby that bear symbols on each side of them. As you might guess, the door can only be opened once you’ve rotated the stones to display the correct symbols.

The correct set of symbols is different for each match, but it can be solved by finding four nearby rocks that reveal each one. These symbols come in the form of blue spirals, yellow suns, and orange diamonds. You can find each rock’s location detailed and marked below.

Related: Where to collect the Durrrburger Relic from The Temple and The Ruins in Fortnite Chapter 3 Season 3

You can head back to the stone structures at the secret door to rotate them until the front of each displays the specific symbols in the order listed above from left to right. The door ahead will then open and lead to a breakable wall that holds plenty of rare chests and a relic behind it. As completing this puzzle is a part of an Indiana Jones quest, those who finish it will also earn the Indy’s Dustoff Emote. The challenge is just one of 11 Indiana Jones quests with others rewarding you with his skin and other themed cosmetics.