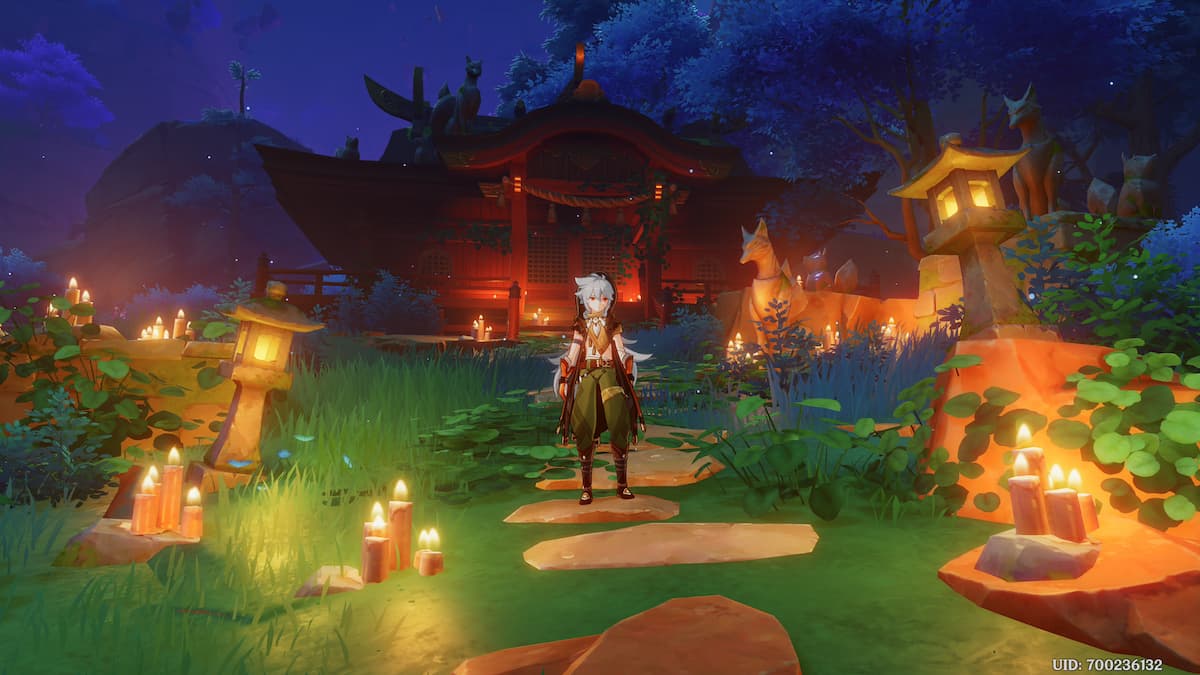 As part of the Sacred Sakura Cleansing Ritual quest in Genshin Impact, players will need to find three Shkigami. These Shikigami are ghosts, appearing as women who can be found around the abandoned shrine.

By interacting with them, players can cause them to move from one Kitsune statue to the next, and they will need to get them all to group up at a collection of three Kitsune statues to the east of the main shrine.

Once the Shikigame have gotten to the main group of Kitsune statues, players should not interact with them again, as it will reset them to a different point in the shrine.

Once they have all been sent to the three grouped-up statues, players will receive a book that appears between them and three chests. Loot the chests and grab the book, then make your way to the next shrine that will be marked on the map.