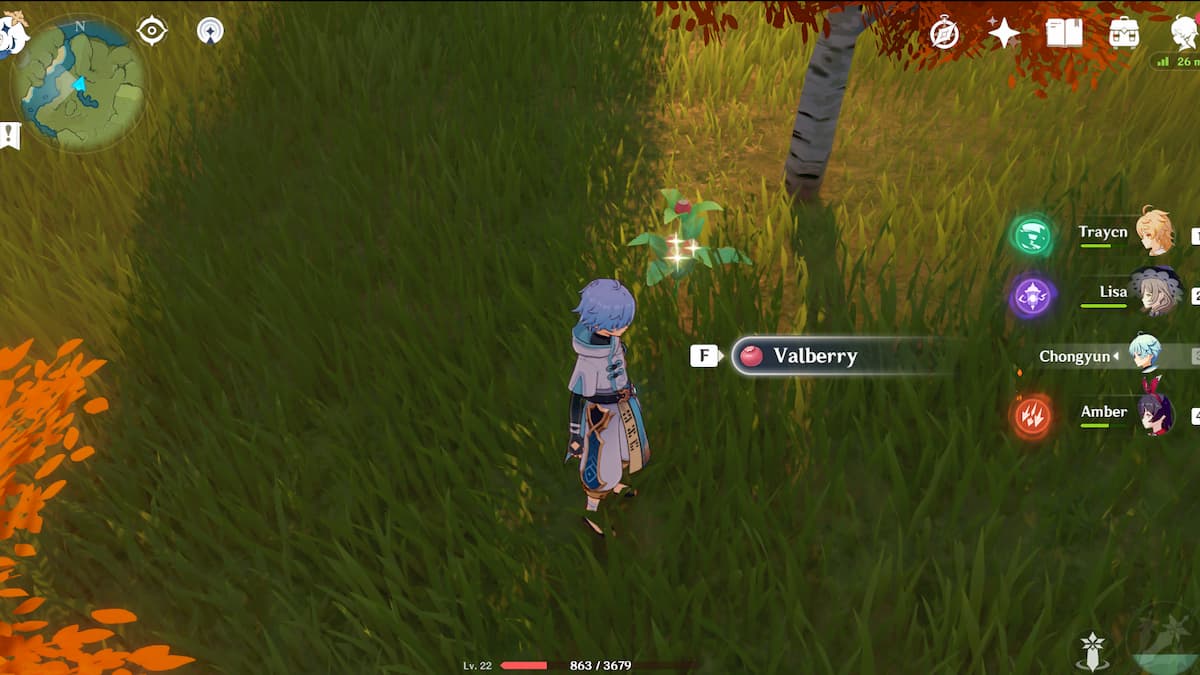 Valberry is a small berry plant that you can find in specific locations in Genshin Impact. It’s a small berry that you want to save to use to Ascend particular characters in your group, notably for Lisa and Noelle, rather than eating. It might be challenging to locate out in the wild, but when you do find it, you’ll want to make sure to remember the spot to return to it whenever you need more of it to Ascend your favorite characters.

There are two notable locations you want to visit to find Valberry. Both of them are right next to each other, and it’s nearby where you first started the game when you arrived. It’s Stormbearer Mountains and Stormbearer Point. You can find these areas to the northeast of Mondstadt. The Valberry is a noticeably red berry, and we were able to find plants that had four berries attached to them. There weren’t too many of them throughout both areas, so you want to take your time to explore to find all of them.

Alternatively, you can speak to a roaming botanist named Chloris, who can sell Valberry to you. She sells them for 1,000 Mora apiece and can only sell to you five. Her stock resets every few days. Some players believe it’s every three days. Nonetheless, it’s better to purchase Chloris’ items sparingly, and you want to use her as a last resort if you need a few to Ascend one of your characters. You can find her walking along the path to the northeast of Windrise.