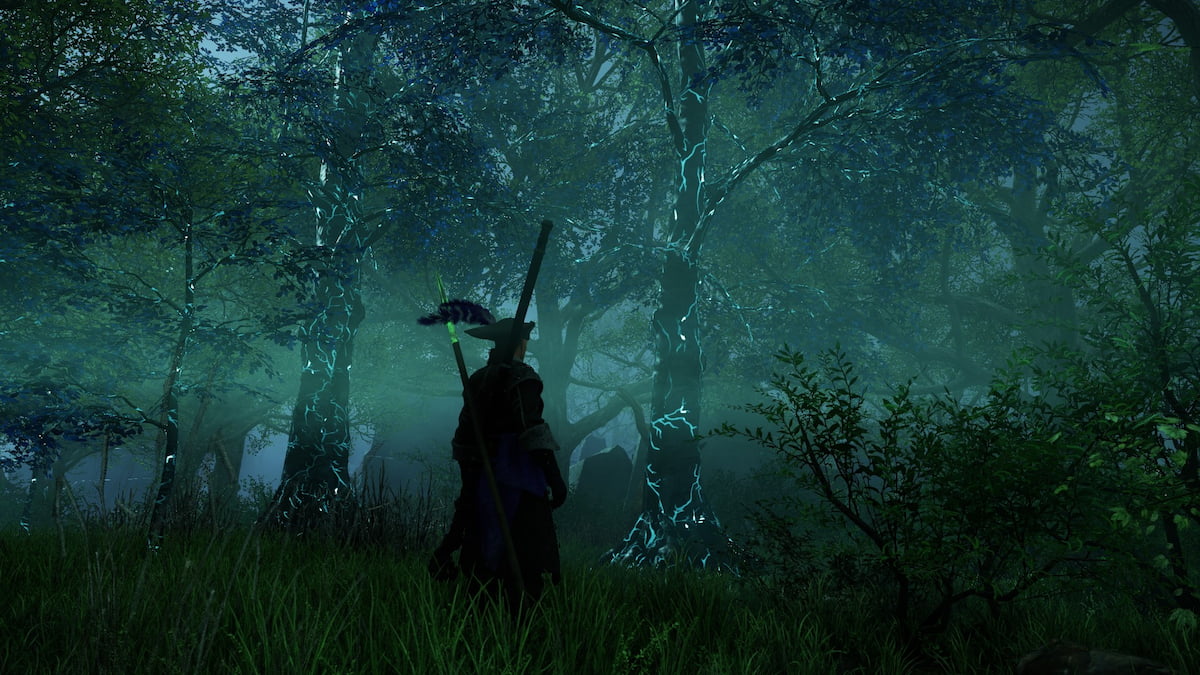 Wyrdwood is one of the more advanced resources you can find in New World. If you want to harvest it, you’ll need to grind your logging trade skill up to 100 before you can do that, which will take you quite a bit of time. After you reach this point, the Wyrdwood trees will become available for you to chop down, and you can start using them in more difficult recipes or sell them on the market to other players who have not reached this point. In this guide, we’re going to detail all of the locations you find Wyrdwood trees in New World.

Wyrdwood trees are scattered all over the New World map. However, if you’re looking for the best spots to find it, you’ll want to search for them in Brightwood, Edengrove, Great Cleave, Mourningdale, Reekwater, Restless Shores, Shattered Mountain, and Weaver’s Fen. There are a handful of smaller locations in New World, but these are some of the best ones for you to obtain quite a bit all at once.

Brightwood is level 26 to 36 area, and there are multiple Wyrdwood trees that you can harvest all over the area. We recommend starting at the northeast portion of the map, working through those mountains, down to the middle of the map, and into the southeast. If you’re in the northwest region, there are a small handful of trees you can harvest.

Edengrove is a much higher level location with only a handful of trees for you to harvest. It’s not an ideal farming area, but recognizing these locations while you’re running around will net you a few to bring back to a settlement.

Great Cleave is similar to Edengrove, although it’s not as high level. But, again, there are only a tiny handful of Wyrdwood trees for you to find.

Mourningdale features several for you to find throughout the map. For example, you can take the main road right up the middle of the map and work your way from the east to the west before returning to the town to use them in crafting recipes.

Reekwater is another high level area with only a small handful of Wyrdwood trees available. We don’t recommend farming this area too often unless you’re running near the region’s fort.

Restless Shore is a decent location with a bit more than Reekwater, but nowhere near as many trees for you to harvest as Brightwood or Mourningdale. Many of them are near the main path, making them easy grabs.

The Shattered Mountain is the most dangerous area in New World, and it only contains a single Wyrdwood tree spawn that we’ve discovered. It doesn’t hurt to grab it, but don’t spend too much time looking for Wyrdwood trees in this area.

The final location we want to mention is Weaver’s Fen. Many of the trees are directly east of the town, in a swampy forest that you can run through before returning to the settlement.