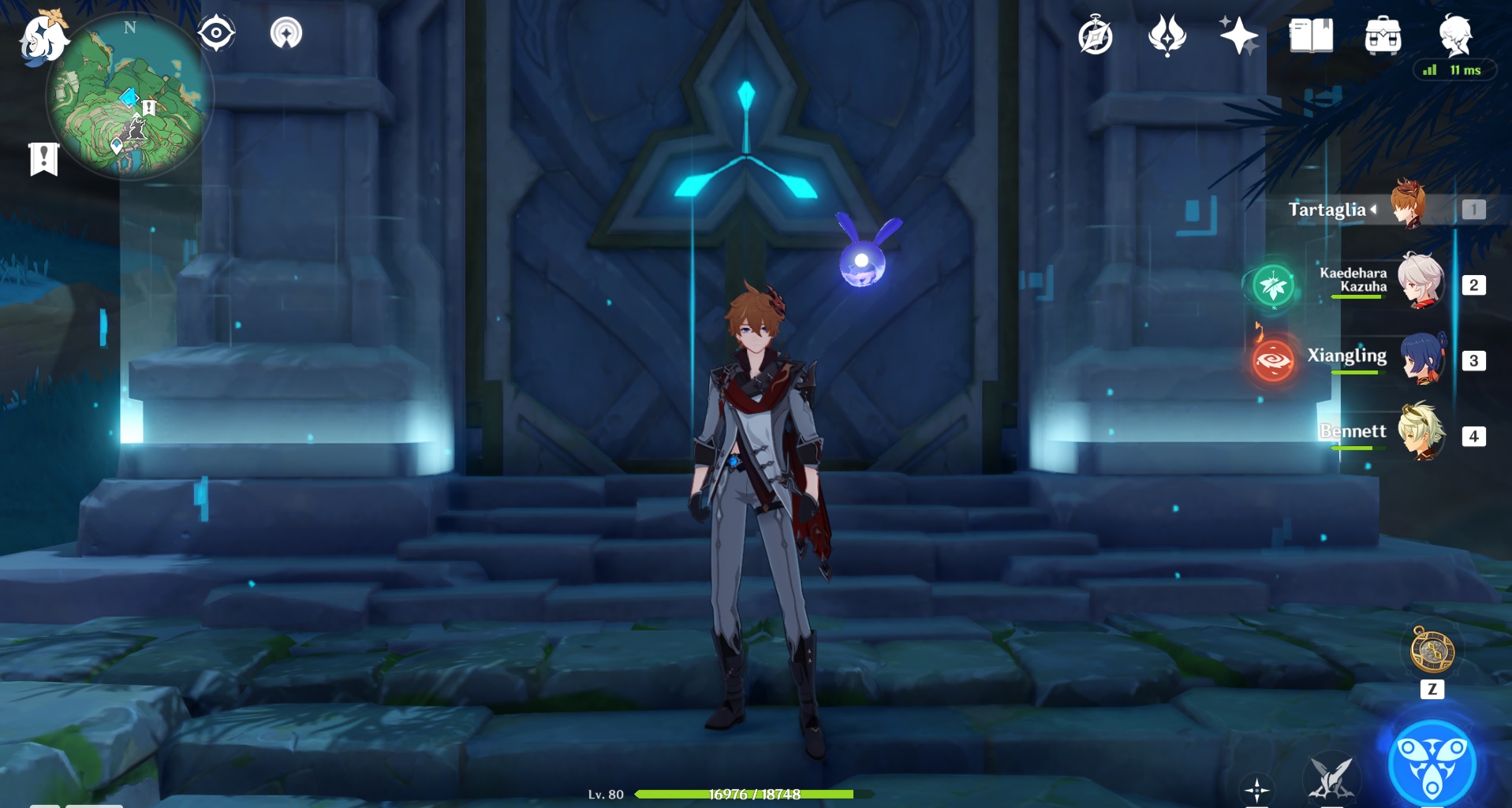 These materials are found at the Court of Flowing Sand domain in Inazuma, near the Grand Narukami Shrine. Fortunately, the domain doesn’t require a special unlocking method. It’s simply an issue of finding it on your map and unlocking it as normal. You can get there by heading north of the Sacred Sakura tree waypoint. Unlocking the domain will reward the usual 5 Primogems and a new teleporting location.

The Mask of the Wicked Lieutenant and other weapon enhancement materials are only farmable on these specific days:

The domain recommends bringing Geo and Cryo characters, as enemies are susceptible to Geo attacks. Geo characters are useful in particular, as their shield strength is increased by 40% (good for Zhongli and Noelle, but should also work with other shields like Diona or Xinyan). Additionally, Elemental Shards generated by Geo reactions unleashes a shockwave that deals AoE DMG to enemies nearby.

The domain’s fight consists of different Hilichurls, Electro Slimes, and Crackling Axe Mitachurls. You don’t really need a Cryo character for this fight, but a Geo character with shields should help soak up a lot of the damage. The fight is fairly simple, with enemies that aren’t too tough.

There are four difficulty levels that unlock as your Adventure Rank increases. The higher difficulty you challenge, the better your rewards will be. You need 20 Original Resin to claim your reward each run.