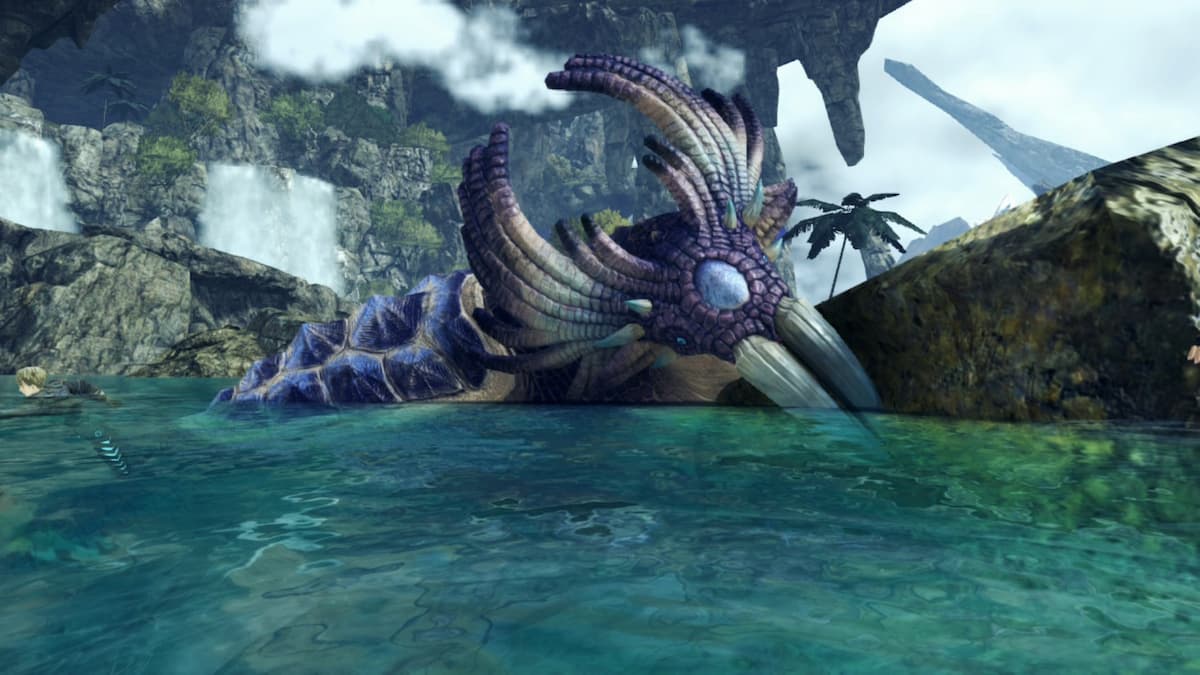 Quardun Fangs are a monster material found in Xenoblade Chronicles 3. Quardun creatures are from the Codon family. Codons are similar to a seal, large but docile creatures who skim the surface of the water and lay around on rocks most of their day. Quarduns are a rare variant of Codon, and finding them is tricky. This guide will explain where to get Quardun Fangs in Xenoblade Chronicles 3.

How to find Quardun Fangs in Xenoblade Chronicles 3

The Codon Quardun is the only creature that can drop Quardun Fangs. These fangs are used to craft many of the starting and middle-tier Gem upgrades. The Quardun itself is a rare monster. The Codon family has two variants, the Quardun and Quarmu. These creatures are found in the same place, but Quarmu outnumbers their rare cousins almost four to one. Quardun are located in the Great Cotte Falls section of the Pentelas region. You will enter this region once you begin chapter three of the campaign. Use the Titan Rock Camp Rest spot to begin the hunt.

Once you Skip Travel to this location, walk down the hill and wade into the lake. You will see packs of Codon’s, Piranhax, and other aquatic wildlife. Quarmu and Quardun are similar in many aspects but differ in two key areas. Quarduns are larger than Quarmus. They also feature much larger tusks. Now that you know what a Quardun looks like, you can engage them in combat to have a chance at earning some of their fangs.

These creatures are level 28 and won’t pose much of a challenge for a group at their level. They don’t fight in packs, and their attacks are relatively weak for a creature their size. This lake will contain around four to five of them at any given time. Once you clear them out, fast travel back to the Titan Rock Camp, and they will respawn. Rinse and repeat the process to earn as many Quardun Fangs as you need in Xenoblade Chronicles 3.