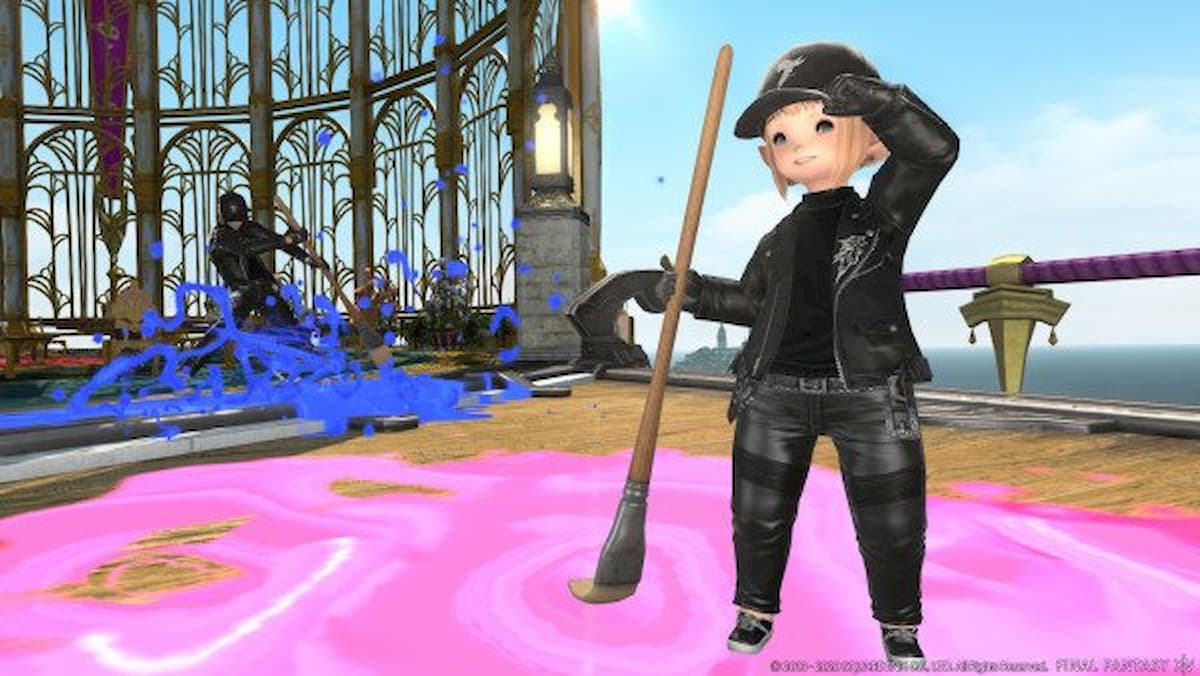 Patch 5.4 in Final Fantasy XIV brings the long-requested paint emote. The idea originally came from a raid during the Stormblood expansion, Sigmascape V2.0. In the raid, players interact with paints on the ground to conjure up protections from certain boss mechanics. It’s very common for players to play with the paint before and after the raid, just for fun. Now there’s an emote to play around with paint wherever and whenever, outside of the raid.

The paint emotes come in a few different colors — black, red, blue, and yellow. You’ll gain access to all of them by acquiring and using the “Ballroom Etiquette —  Decadent Decoration” item. You have two different ways to get it.

Proceed through the dungeon, defeat the enemies around, and earn your treasure chests. The “Ballroom Etiquette —  Decadent Decoration” item will hopefully be in one of your treasure chests as loot to roll on. There’s a second option in case you’re not having much luck.

Buy the emote on the market board

As you can see, this emote doesn’t come cheap. It’s in high demand, so sellers are naturally taking advantage of the market. But if you have the gil to burn, and you’re not up for farming treasure maps, this is the option for you.

If you don’t have the spare gil, you might earn enough from selling other drops from treasure maps instead. If you’re determined to get this paint emote, you’ll find a way.