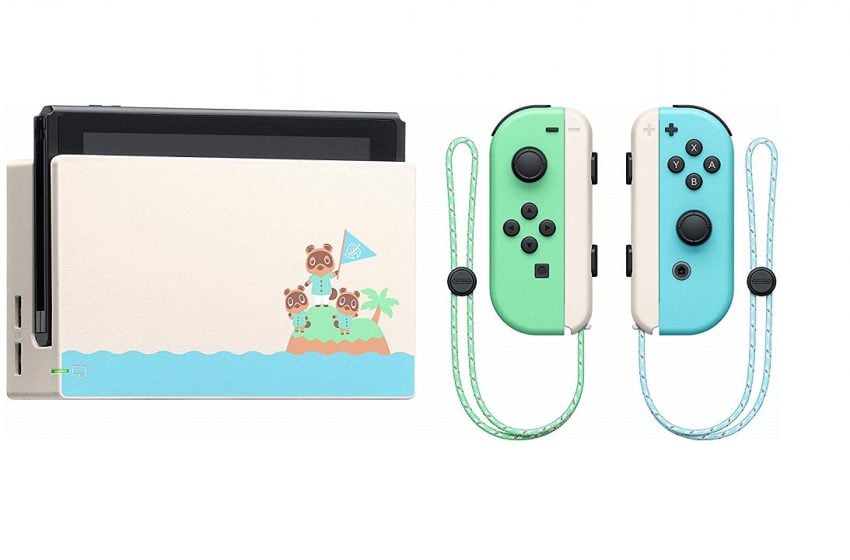 The release of Animal Crossing: New Horizons is, well, on the horizon, with March 20 being the day that players who are looking to get a slice of the action on their own deserted island can finally get hold of the game.

To celebrate the release of the latest in the mainline series, Nintendo has created a Special Edition version of the Nintendo Switch to accompany the game. Sporting joy-cons that offer a signature green and blue to coincide with the game’s colors and a dock that shows Tom Nook on a small, deserted island, its immense cuteness is something that die-hard Animal Crossing fans will be desperate to have as part of their collection.

Be aware though that the game itself is not included with the Special Edition of the console, meaning that if you want to be able to play the game on the day of arrival, you will also need to pick up a copy.

Special edition consoles are always very quick to disappear from shelves as eager fans look to bring any memorabilia to their collection, so expect the console to sell quickly. Question is, where can you order your Special Edition Animal Crossing Nintendo Switch?

There are currently officially five retailers that are offering the Switch to purchase, where you can get your order from a genuine seller. You can find the store pages to set up a pre-order of the special edition here: