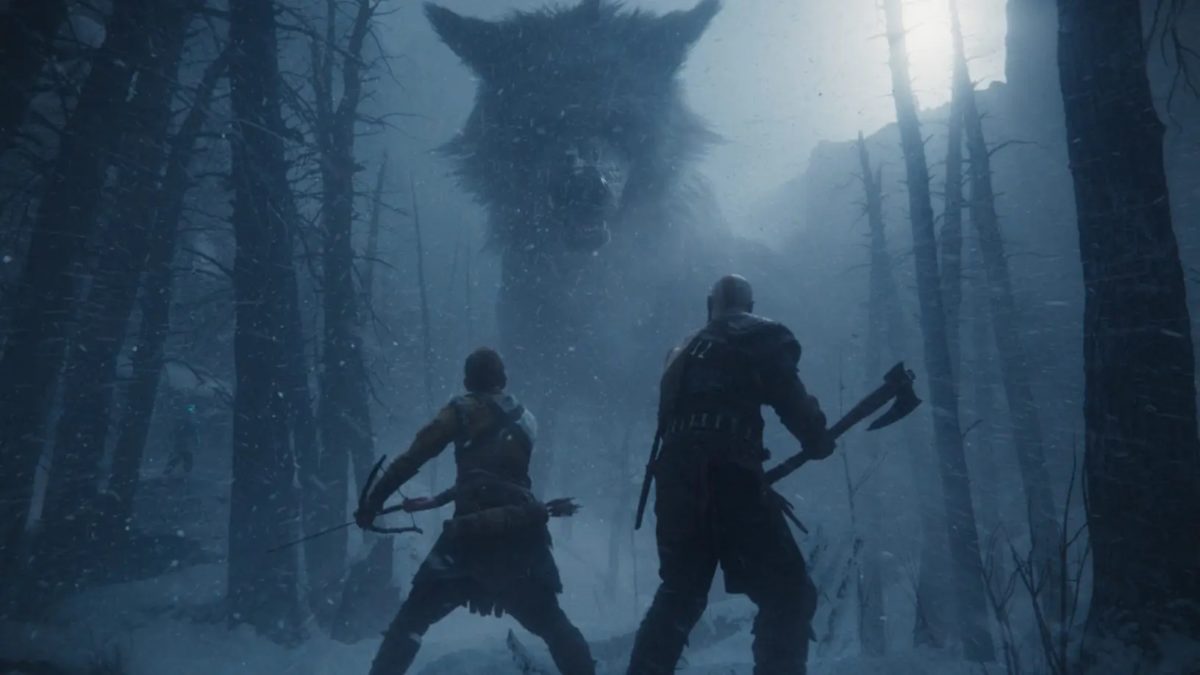 God of War Ragnarok finally has a release date: Wednesday, November 9. Along with the launch day confirmation came a new cinematic trailer, which you can watch below. The brief video shows the massive wolf Fenrir staring down Kratos and Atreus. But who exactly is Fenrir, and what role could he play in God of War Ragnarok? Read on to learn more about Fenrir, but be aware that there’s at least one spoiler for 2018’s God of War needed for this discussion.

Who is Fenrir in Norse mythology?

The God of War Ragnarok team will likely take some amount of creative liberty with Fenrir’s place in the story, but we can look to traditional folktales to get a good idea. Fenrir is a giant wolf (that much is obvious from the trailer), but believe it or not, he’s traditionally the middle child of Loki and the Jotun woman Angrboda. We don’t know if Ragnarok will include some sort of time travel element that explains why Fenrir is already present, but Angrboda (below) has already been presented in the game’s trailers as a love interest for Atreus — revealed to be Loki at the end of the previous game.

In Norse tradition, Fenrir bit off the hand of Tyr, the god of war of this northern region; Tyr himself has also been shown as being in the game. After the hand incident, Tyr bound Fenrir to a rock, where he was destined to stay until Ragnarok began. He appears to be loose in the trailer, which has some real doomsday implications.

Furthermore, it’s prophesied that Fenrir will actually swallow Odin during Ragnarok. It wouldn’t be surprising to see the giant wolf team up with Kratos and Atreus during the events of the game. Perhaps they’re even the ones who free him from his rock.

Does Loki have other children?

Not only does Loki have two other children, but we’ve already met one. Jörmungandr, the World Serpent, is the youngest of the his three children, all sired by him and Angrboda. The World Serpent played a significant role in 2018’s game, and Fenrir is of course a part of the sequel. This just leaves Loki’s oldest child unaccounted for: that would be Hel, goddess of the underworld. We’ve been the Helheim before, so it’s not out of the question that she could appear in Ragnarok.